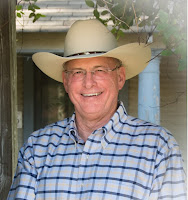 Max Kenworth, a former Delta Force officer and nuclear weapons expert, is tasked with stopping a major attack on US soil in this thrilling adventure.

FARC (Revolutionary Armed Forces of Colombia) has stolen a cache of man-portable nuclear devices from a secure American facility in Panama. The weapons end up in the hands of ex-special forces officer Bart Madison. With the help of ISIS, drug cartels, and a US senator, Bart is planning to use the devices to create an atrocity in the American heartland.

Max is briefed on the situation by SOCOM (Special Operations Command) and teams up with FBI agent Gail Summers and Mossad agent Danya Mayer to find the weapons before they can be used against American citizens. The three will face opposition from both foreign enemies and so-called allies as they follow Bart’s trail across the continental United States. Their foe is intelligent and well connected, but the three of them are determined to stop this terrorist before more lives are lost.

Patrick Parker tackles today’s most important issues in this sociopolitical suspense novel. He uses Six Minutes Early to explore the tension between intelligence agencies, holes in national security, and threats from around the world.