It has been written since the beginning of time, even unto these ancient stones, that evil supernatural creatures exist in a world of darkness. And it is also said man using the magic power of the ancient runic symbols can call forth these powers of darkness, the demons of Hell.

The real problem with Night of the Demon (aka Curse of the Demon, originally supposed to be called The Haunted) is, of course, the demon. Director Jacques Tourneur of Cat People fame was all against it, but the producer apparently ignored the director’s choice, and had the scenes with the demon that bookend the movie shot by a second unit.

The demon looks cheap and fake and borders on laugh-out-loud ridiculous, and it’s a pity, because without it Night of the Demon would be an otherwise impeccable horror movie.
As things stand, it’s still one of the best horror thrillers ever produced.

I could not sleep last night (old story) and so I checked out this old classic. The inciting incident was the publication, on the British Film Institute’s blog, of a page of the original script for the movie, and other memorabilia. 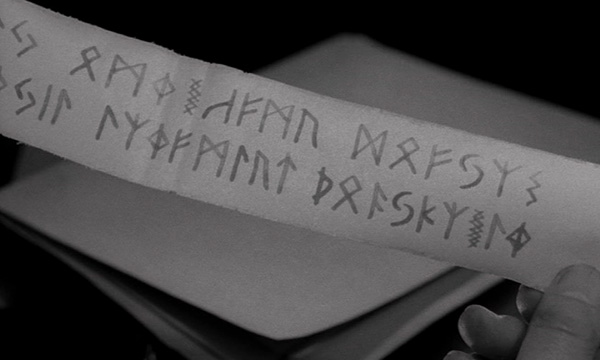 The plot in a nutshell – doctor Harrington, a British scientist investigating a Satanic cult, dies horribly. His former colleagues, spearheaded by American sceptic professor Holden (Dana Andrews) investigate the case, attracting the unwanted attentions of doctor Karswell (Niall MacGinnis), leader of the cult, occultist and summoner of demons. Professor Holden is soon targeted with a sinister curse, and will have to come to terms with the reality of the supernatural in order to survive.

The plot is very loosely based on M.R. James’ Casting the Runes, that you can read for free here in case you missed it. Needless to say, the whole opus of M.R. James is highly recommended.

The movie builds up tension in a wonderful way, and it’s easy to see why Tourneur did not want the cheesy monster to appear in the movie: playing with shadows and half-glimpsed images, the movie would have acquired a whole new dimension. Could be the whole thing about the power of suggestion?
The way it is now, we know that no, it’s not the power of suggestion, it is a sort of fairground dummy with floppy wings. And the accompanying sound effect, that sounds like the creature’s riding a creaking bicycle doesn’t help.

But let’s concentrate on the good stuff.
The movie is shot in the same gorgeous black and white of Tourneur’s Cat People, and it looks beautiful. A few shots of the British countryside locations are used strategically to increase the sense of atmosphere, and Tourneur’s noir sensibility shows in the interior shots, with their growing sense of alienation and foreboding.
Andrews makes his character somewhat unsympathetic, which makes his increasing state of paranoia and terror much more convincing and disquieting. 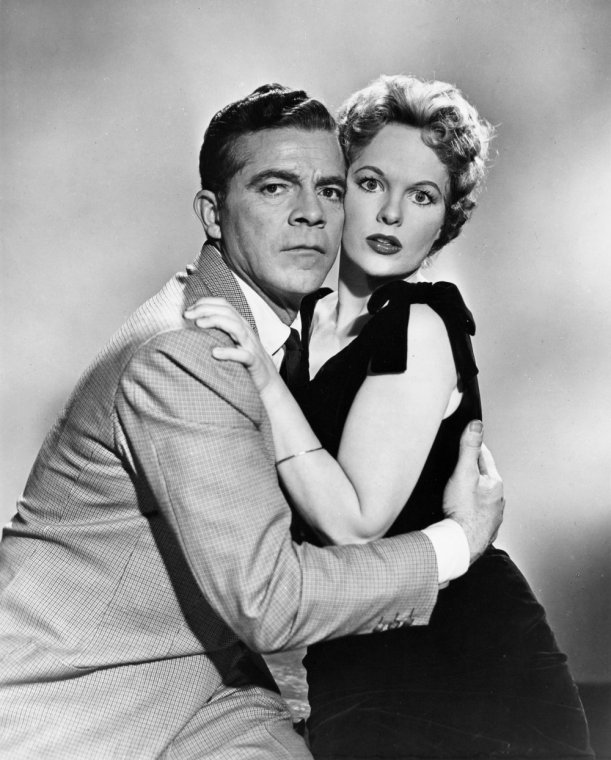 Peggy Cummins in the role of Johanna Harrington, the deceased professor’s niece, is gorgeous and a perfect match for Andrews. But the whole supporting cast is absolutely perfect, and MacGinnis is a wonderful villain.
And the music is absolutely spot on, and greatly contributes to the atmosphere of the movie.

Originally cut down at 80-odd minutes, the movie was recently restored to its original 95-minutes length. It’s scary, it’s spooky, it’s very intelligent in its construction and looks like a million.
An absolute must-see.