Over There and The Legend of Sante

Good morning and welcome to Friday Feelings. This month, we’re focusing on paranormal books. There will be a lot of visitors making an appearance but on Sundays and Tuesdays, this blog will be all about things that go bump in the night!
Ghosts, ghouls, demons, you name it and I find it fascinating. Anything that can’t be proven becomes a story in my head, a way to explain those mysterious bumps in the night or things moving when no one is near them. Oh, I’ve heard all the explanations about how it could be cars driving past or a minor earthquake—good luck proving the second one to me. I can feel earthquakes, having grown up in an area where they abound.
Welcome Johnny Gunn to the blog today. He’s here, talking about his short stories, Over There and The Legend of Sante… 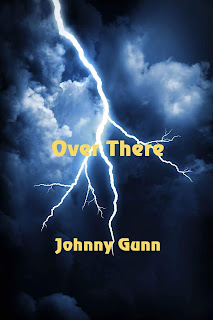 Get the eBook from Amazon
Blurb
Has Hector Wellington gone mad, or are there other forces at work? Are these evil forces at work? He asks, “Who am I and why am I here?” and he gets a gut wrenching answer after a terrifying experience. 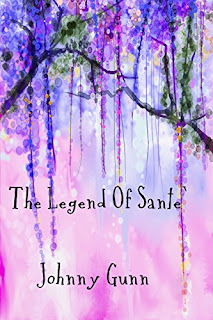 Get the eBook on Amazon
Blurb
In the province of Santé, an old woman with connections to the gods runs afoul of the connection and plans to assassinate her granddaughter to appease them. The plan itself goes awry when another announces that he too has connections to the gods, and his are the true connections. Will the granddaughter survive? Will the old witch survive? And who is this newcomer?
About Johnny Gunn
Novelist Johnny Gunn was born in Santa Cruz, California, which is located along the north shore of beautiful Monterey Bay. In 1952, the family moved to the Island of Guan in the western Pacific where he spent his high school years and became interested in broadcasting. He got his first job in radio in 1958. Since then he’s been a radio journalist, published newspapers and magazines, worked underground in Nevada’s mines, and currently lives with his wife, Patty, and they share space with some horses, rabbits, chickens, and goats, about twenty miles north of Reno.