P is for Puff the Magic Dragon #AtoZChallenge

For this year’s A to Z Challenge, I have chosen the theme of songs about magic. (Fitting for a fantasy author.) 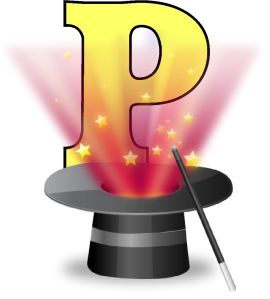 P is for “Puff the Magic Dragon” by Peter, Paul and Mary. Peter Yarrow wrote the song based on a poem by Leonard Lipton. Lipton wrote the poem in 1959 while he was in college. The lyrics tell the story of a dragon (Puff) and his playmate (Jackie Paper).

The song was released in January 1963 and reached number two on the Billboard Top 100 chart.

Many people have speculated that the song is about drugs – specifically smoking marijuana, but the song writers (Lipton and Yarrow) have denied that they intended any of it to be drug related.

The song also appears on the children’s album Peter, Paul & Mommy, Too, which came out in 1993.

Previous A to Z Challenge Posts

A is for Abracadabra

B is for Black Magic Woman

C is for Could it be Magic

D is for Do you Believe in Magic

E is for Every Little Thing She Does is Magic

F is for Five Magics

G is for Gwen Stefani (The Magic’s in the Makeup)

H is for Honky Tonk Magic

I is for I Put a Spell on You

M is for Magic (by Pilot, The Cars & Coldplay)

N is for Neon Magic

O is for Olivia Newton-John (Magic)