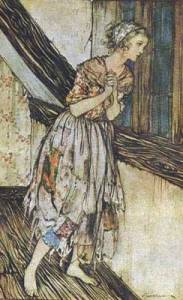 I have just mailed my publisher a 10.000 words story called Away with the Fairies, a hard boiled, noirish retelling of The Three Fairies, a rather gruesome version of the old Cinderella tale from the 17th century.

In the original story, a girl meets an ogre, travels to the underworld and meets three fairies. They reward her for her kindness. When her evil stepmother tries to befriend the fairies and get herself and her ugly daughter a reward she is punished.
The girl then meets a prince,m and they fall in love, but the evil stepmother interferes again, and the prince is about to marry the ugly stepsister.
But a fairy cat intervenes, and in the end stepmother and stepsister die a very ugly death, and everybody else lives happily ever after.

I tweaked the story a bit, but preserved the central elements – the innocent girl traveling to the underground to emerge transformed, the evil stepmother and half-sister trying to steal her life, etc.
But I dropped the action in a noir setting, and imagined the main character like Gloria Grahame, and her stepmother as Gloria Swanson out of Sunset Boulevard, and the ogre as Sidney Greenstreet. 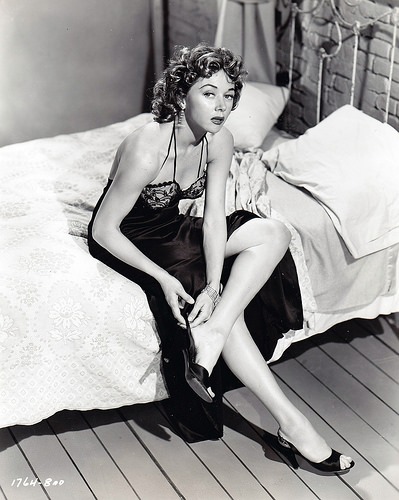 All in all it was a good writing experience – even if I was stumped for almost a week with the ending – a fact that forced me to go back to those old noir movies and check out how they did it in the good old times.