So, I did a piece about Raygun Gothic for my Italian blog – why not do another here for Karavansara?

Now, I am not too hot on tags and labels and subgenres.
All the various “-punks” that came after cyberpunk – steampunk, dieselpunk, atompunk…
OK, they can make itr easier to find a book on a shelf, and make for great parlor games, but obsessing about such stuff is dangerous. 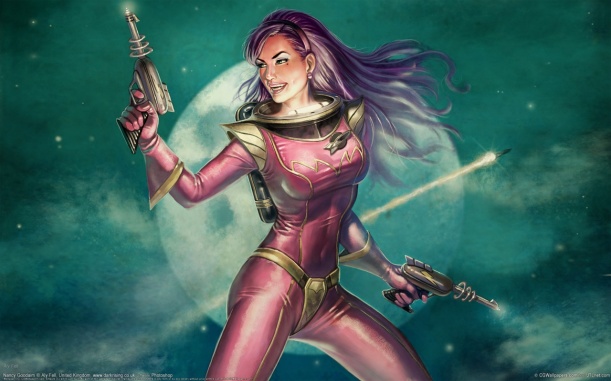 So, if dieselpunk is just pulp misspelled, then raygun gothic is basically atompunk without the rust.

It’s the sort of optimistic, positivistic atom-age imagination of the future – a future in which maybe B.E.M.s raid our planet to kidnap our women, but still we’ve got rayguns and jetpacks and fishbowl helmets, and we can fight them with our bullet-shaped spaceships.
The time-bracket is usually between Metropolis and the first Star Trek series.

But raygun gothic is basically an aesthetic, not a genre – and if the first example that comes to mind is Eddie Murphy’s horribly bogus The Adventures of Pluto Nash1, followed suit by half of Tomorrowland …

(sorry for posting that)

… then we still have Dino de Laurentiis Flash Gordon and … no, the Gil Gerard/Erin Grey Buck Rogers does not count. But maybe, just maybe, the Japanese animatied version of Captain Future does. As do anime like Giant Robo and (the original) Cyborg 009.

It’s the sort of stuff I like, you see – and I hope I’ll have the opportunity to write some.
Aftr all I grew upo with Jack Williamson and Edmond Hamilton (among many others) so it was impossible not to get the raygun fever.

And because this is a “look & feel” more than a plot structure, I think it’s possible to write some serious – but fun – science fiction using this aesthetic.
A story could be future history, or space opera, or planetary romance – or any combination of these.
With maybe a dash of satire, and a tongue firmly in cheek.
What about a future version of The Avengers… the Steed & Peel stories, I mean, not the  American superheroes. Sort of a crossover with Dan Dare…
Or something completely different. 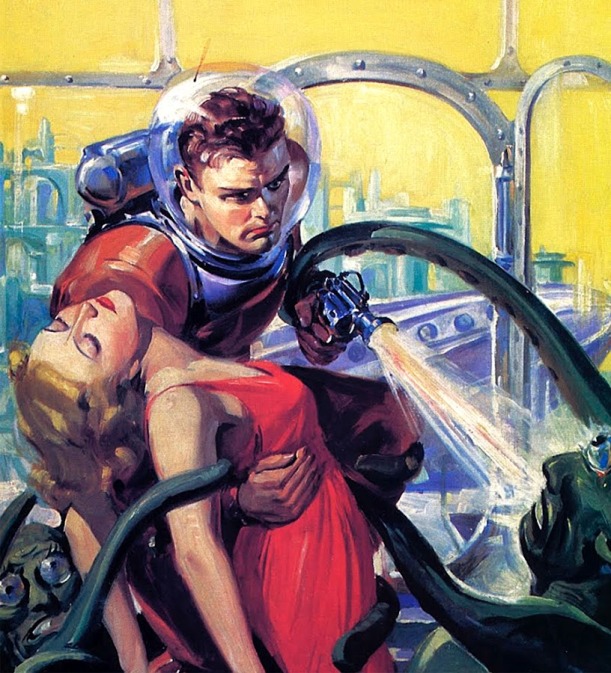 talk about a wasted opportunity – I’ll have to do a post on that movie. ↩