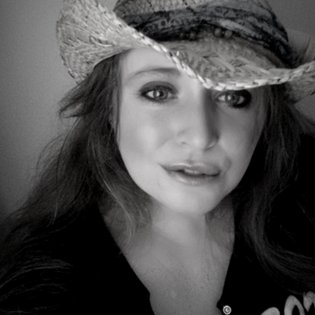 Let me represent an awesome author. Her style is mysterious, she is writing horror stories and myths in the way it makes you feel like you got lost in a dark fairytale.

K.T.McQueen is an extension of Kate Trinity.
Stars are the first story in the series and a kind of introduction.

K.T. McQueen has a degree in Applied Science and Forensic Investigation and a masters in Fire and Major Incident Response, which may or may not have had some influence on her latest offering, Bad Habit. She also writes dark fantasy and horror.

Born in a post-industrial city on the east coast of England, K.T. McQueen rode steam engines growing up and horses when she left school. Returning to education much later to get a BSc and an MSc before turning to self-publishing.

And when she's not writing, she's catching up on the latest movies and shows or indulging in a day of painting.
Her Amazon link:
https://www.amazon.co.uk/K-T-McQueen/e/B084RPQ473?ref=sr_ntt_srch_lnk_2&qid=1600065633&sr=1-2
Her blog link: http://katetrinity.co
My review of Stars, her book I read:
You can find the book here :
https://www.smashwords.com/books/view/813152
Stars are ghost's hunting team. Joss, Kyle, and Rob have a mutual dream, to get as many viewers they can on Instagram by showing the world a great story, the evidence of ghost existence. After dealing with the lack of stuff, they decide to go to Romania, in the old castle. They were searching in the dark rooms for the track of disembodied voices they heard around. What they found is different from what they expected. This story is made almost like a documentary and a reader can easily be in their shoes. Dark places abandoned caste and apparitions.
The author writes precisely and hits the emotional button from the reader: from the insecurity of the main character Joss, who is in doubt about her motives, until the sarcasm, because Rob is injured and he still feels horny. Their mutual disagreement is caused by fear of the unknown, and the reader could feel that they got lost in the old myth. Everyone has a dream score, and if you want to jump out of the routine job, you must be able to do something impossible. If you are aware of possible victims and loss, and you still want to catch your dream, you will understand the point of this story.
Original link
Original author: Kristina Gallo