Retweet Groups ~ The Good, The Bad, and The Ugly

Author Musings & News
K.C. Sprayberry
The use of social media for an author is important during this age where we are competing with so many others to sell our books. Gone are the days when an agent and/or publisher would fete an author with trips to expensive restaurants, book them on national talk shows, or send them on whirlwind book tours to prestigious bookstores.
Wow! That sounds like it would have been a lot of fun. However, today’s author faces a different situation when getting word about their book out. Promotion budgets at the Big 5 are often reserved for well-established authors or celebrities. Those of us considered mid-list are consigned to setting up our own promotion daily and often have a miniscule budget in which to do that.
How does an author now get the best exposure for their book(s)?
One way to get help are with the many retweet groups on Facebook. These are groups where you and others share your daily link for a book, and everyone retweets for you. Depending on how many Twitter followers a person has, your book is getting seen anywhere from a few hundred more people to tens/hundreds of thousands more potential readers.
There is yet again an author beware about these groups. First, you need to see how much experience with tweeting the group requires. Some are for the beginner while others are for individuals who have been tweeting for a while. A few of these groups require a certain number of Twitter followers to join while others don’t have that requirement.
You will soon discover, as you join and leave groups, which ones are a good fit for your type of book. If you write for children or teens, you certainly don’t want to be in a group with erotica authors. That would be a turn off to the parents and grandparents of your target audience. If the group indicates it’s genre specific and you don’t write in that genre, it’s not the group for you. This is all a learning experience, one where the author may join, attempt to be part of the group but feel as if this group isn’t helping them so they’ll leave and seek out another group. That’s perfectly fine. As an author, you need to recognize there are times when you won’t fit in with the others in the group and it’s time to move on.
A word about the groups that require a certain number of Twitter followers to join. These are elite groups, perhaps too elite. In my experience with four of these groups, I found I wasn’t getting the wide exposure I wanted. They were so elite that I was with the same people in all four groups, so my tweets were going to the same potential readers. This caused my exposure numbers to fall significantly. So, while I enjoyed being in retweet groups where I was with authors who had as many or more followers than I did, I didn’t feel as if I could remain because my exposure dropped significantly. 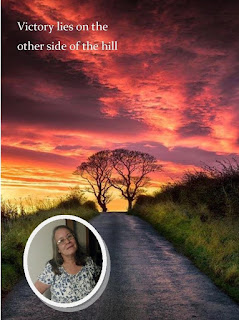 About the K.C. Sprayberry
Born and raised in Southern California’s Los Angeles basin, K.C. Sprayberry spent years traveling the United States and Europe while in the Air Force before settling in northwest Georgia. A new empty nester with her husband of more than twenty years, she spends her days figuring out new ways to torment her characters and coming up with innovative tales from the South and beyond.
She’s a multi-genre author who comes up with ideas from the strangest sources. Those who know her best will tell you that nothing is safe or sacred when she is observing real life. In fact, she considers any situation she witnesses as fair game when plotting a new story.
Social Media Links:
Facebook
Twitter
Website
Goodreads
Amazon
Google +
Pinterest
Manic Readers
AUTHORSdb
Reader's Gazette
Original link

Facebook Twitter LinkedIn Pinterest
How do you feel about this post?
Happy (0)
Love (0)
Surprised (0)
Sad (0)
Angry (0)
Tags:
author others /or publisher book whirlwind book tours
Experience An English Civil War Battle Near You!
When a Relationship Is Over, That Ship Has Sailed ...

Growing Your Online Footprint as an Author

The Voting Goes On!