Review and Excerpt from American Corporate by Jeb Stewart Harrison 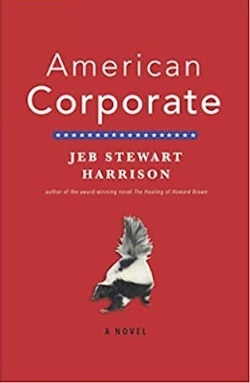 A playful, big-hearted tragicomedy in the Russo/Irving mold, American Corporate chronicles the misadventures of middle-aged Jack Sullivan and his family as they bounce across the country in search of gainful employment, domestic tranquility, and a few people they can trust. It is a story that working parents past, present and future will see as part of their own: the triumphs, the tragedies, the innocent mistakes and the not-so-innocent mistakes, and above all the forgiveness that keeps families together to face another challenge.

If you enjoy beautiful prose, complex themes of family and race, and a refreshingly original narrator, this book is for you. Harrison is among the select few contemporary fiction writers who still write for serious readers.
Jim Heynen, author, best known for The One Room Schoolhouse, The Boys House, You Know What is Right, The Man Who Kept Cigars in His Cap and many more.

This book starts off with a bang and keeps on going. Howard is a character with a specific voice and story. I'm sure you'll be provoked and entertained.
Jessica Barksdale Inclan, author of The Believe Trilogy, The Being Trilogy, and many more.

In The Healing of Howard Brown, author Jeb Stewart Harrison weaves an intriguing contemporary literary. The author provides a wonderful mixture of drama, humor, and seriousness to the story that easily keeps the reader's interest as Howard's journey unfolds. I would be remiss if I didn't mention how much I really enjoyed the author's rich and vividly descriptive style of writing, especially the wonderful descriptions of the California and Louisiana settings. The Healing of Howard Brown is a thought-provoking contemporary literary tale that will draw you in, touch your soul, and leave a smile on your face.
Kathleen Higgins-Anderson, Jersey Girl Book Reviews

I'm so happy that I read this book. It is beautifully written, wonderful imagery, and has such a heartwarming story as you follow along with Howard healing from the past. This is a wonderful story and one that I strongly recommend.
jbronderbookreviews

Jeb Stewart Harrison's novel, THE HEALING of HOWARD BROWN brought to mind the novels of Roland Merullo, particularly, BREAKFAST WITH BUDDHA. Along the way, to his childhood home, and hopefully his sister, Howard finds more than expected and what he's missing in the most unlikely places. The journey allows Howard to meditate on family relationships, issues such as love, life, death, fear and ultimately finding one's personal peace. We the readers, if open, are able to learn from some of Howard, Mr Booper and even the author, Jeb's experiences.
Cindy Roesel, Cindy Reads and Writes 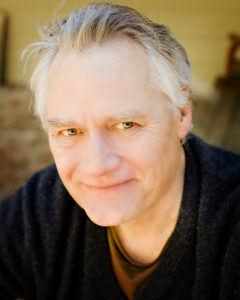 Award-winning author, Jeb Stewart Harrison is a freelance writer, songwriter, musician and painter in San Rafael, California. After many years as an ad agency copywriter, writer/producer, creative director, and director of marketing communications, Jeb now writes fiction and creative non-fiction, along with commercial works for hire. Jeb�s debut novel, Hack, was published by Harper Davis Publishers in August 2012. In 2015 he received his MFA from Pacific Lutheran University at the tender age of 60. His second novel, The Healing of Howard Brown, won the 2017 Independent Press Award for literary fiction. His third novel, American Corporate, was published in November, 2018. He also records and plays electric bass guitar with the popular instrumental combo The Treble Makers, as well as Bay Area favorites Call Me Bwana. Jeb was born and raised in Kentfield, California, and has lived in Boulder, CO; Missoula, MT; Hollywood, CA; Scottsdale, AZ; Indianapolis, IN; Ridgefield, CT and Stinson Beach, CA.

I received this book with the request for an honest review. I enjoyed reading it and could easily associate with most of the characters. Having worked in the corporate world for approximately 48 years. Many scenarios and settings in the book came alive as if it happened around me. The dealings and conniving were portrayed very, very realistic. The struggles of Jack and Carrie, with growing children, under the cloud of unemployment and desperation is known to my own real-life dramas.However, I was disappointed with some use and reference to Jesus to be blasphemous. Apart from that a good read – I finished the book in one and a half days – just couldn’t put it down.
I rate it at 4/5. 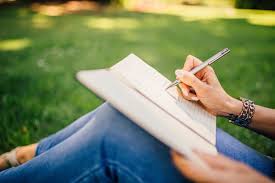 Carrie Sullivan sat in front of her laptop, her fingers twitching over the keys, eager to respond to the email from her mystery correspondent, a guy who called himself Sunny. The noon sun through the haze gave the view an out-of-season autumnal flavor, softening the glare on her screen so that she didn’t even have to lower the Roman shades. The house, which she honestly feared might not be her house for long, was quiet; Karen, the housekeeper that Jack continually insisted was no longer affordable, had not yet arrived.
As far as Carrie (who had assumed the alias of “Susie Sunshine”) could tell, Sunny wasn’t much better off than she was. If it was true that his wife had committed suicide after a long struggle with booze and drugs, he was far worse off than she was. But she couldn’t tell if anything he said was true or not, and she didn’t care either way. It was like conversing with a character out of a novel.
After a few stiff, introductory emails back and forth that night and the following day, Carrie decided to try opening up, as if she were back in college and involved in some sort of stream-of-consciousness exercise.
To: This email address is being protected from spambots. You need JavaScript enabled to view it.
From: Susie Sunshine
Subject: Skunked
Hello again Sunny. I’m gonna try something a little different here…a little ‘stream of consciousness’ writing I think it’s called. Barney, our dog, got skunked the other day….everything stunk…..we were literally the Stinky family circus! I had kickboxing the day before and my butt was sore…so I had a bit of a hard time getting up…shuffled to the kitchen door…opened it…and let Barney in…and it’s like the hound from hell…I start yelling…YES AT 6:30 in the morning…YELLING…GET OUT…neighbors probably burning crosses on my lawn as we speak….I couldn’t think…wasn’t awake…and butt very sore…lit a zillion candles all over the house… kids screaming YUK…20 minutes to shower and get ready, rush the kids to school…bagel crumbs, cream cheese all over the car…ahhhhhh….poor dawg…poor me…poor Stinky Family Circus.
She pushed her chair back from the desk and read what she had written, wondering if her modifications to the skunked dog story were believable. She also wondered if she should tell the truth about possibly having to move in with her in-laws, thinking it might scare him away. She didn’t really care that much, because it was the writing, in and of itself, that she found so enjoyable. Nobody was grading her paper or deciding whether she was the right designer for the job; she could make it up as she went along and the words were flowing.
She considered some of her exaggerations and quirks that Sunny was always so quick to point out. When he had informed her that the proper spelling of “butt” was “B-U-T-T,” and not “but,”and especially not “butte,” she went off on it, not caring if Sunny took her seriously or with a big grain of salt. When he starting fooling around with the “but, butt, butte” nonsense too she felt like she had done something really right. Even it was trivial. Acknowledgement for something besides being pretty, being a great Mom and for doing a mean load of laundry was one of those things she didn’t even know she missed. Now that she had it she wanted more.
Jack up to his usual tricks…went to job interview smelling like skunk…fat chance he’ll get that one…still smoking like a chimney, drinking like a fish, eating like a pig…though he is on Atkins now…might be working…skin looking saggy. I worry…if he has a heart attack and leaves me alone with these kids I’ll…I’ll…I’ll kill him! But…Butt…Butte…seriously…he is so talented. You should see this toy chest he painted for his niece Katie…free, of course…and the songs too…I know there’s a hit in there somewhere.
I gotta go for a waggle…breath deep, like you say…send some of your sun my way Sunny…I could use it.
Your favorite pal on the personals,
Susie Sunshine
She sat back, reread her note quickly, and without another thought hit the “send” button.
She thought she heard Karen’s diesel Mercedes wagon, a car that only a Marin housekeeper would own, pull into the driveway. But instead of rushing down the stairs to greet her, she stayed in her chair, staring at the note that she had just sent, her elbows on her desk and hands folded prayer-like over her chin, waiting. 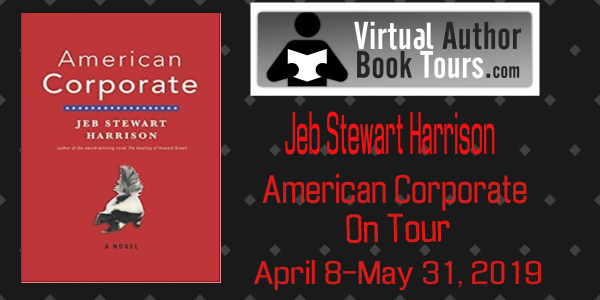