Good morning and welcome to Tuesday Blog Share. Today, we’re talking about families separated by war. It’s a fact of life for the military member and their spouse/children. Duty calls and they can’t ignore their duty. Waiting at home for word from your loved one is as difficult as it is for the individual serving in a war zone.
1968 – the year of war protests, of deserters running from their duty, and of soldiers serving in an unpopular war. Laura and Mark hold onto the fact that his tour will end fourteen months after they promised to dance under the summer solstice moon… until the unthinkable happens. Is their love strong enough to survive him being a POW? 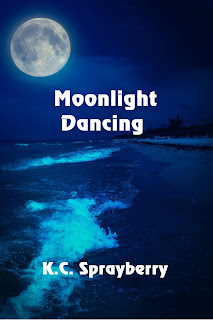 Moonlight Dancing eBook on Amazon
Moonlight Dancing print book on Amazon
Blurb
A promise leaves them wondering about the future.
Summer Solstice of 1968 brings major changes for Laura and Mark. Each worries about his returning to Vietnam, even though he’s due to finish his enlistment in the Marine Corps in a little over a year. In a moment of madness, their decision to give in to their heated emotions leaves both determined to do the right thing.
Laura and Mark marry right before he returns to the war, each pledging to stand on a beach on the next Summer Solstice and dance in the moonlight. A year later, mere moments after they connect on separate beaches and keep their promise, their lives change drastically. A firefight ends badly and Mark is captured. Laura now has to raise their daughter alone, without any reassurance she’ll see her husband again.
Will each maintain their faith and be reunited under a Summer Solstice moon?
Excerpt
“I miss you so much,” she said. “Oh, Mark, I don’t think I can do this for another year.”
The last chorus of her song started. I leaned close to her ear and sang with Merilee Reese, my honky voice moment. I had to find a way to break the news to my girl before we returned to the base tomorrow, to where we would say making Laura laugh. That was the reason I bribed that DJ to play her song right at this goodbye until a year from now.
“I don’t want to say goodnight to you,” she whispered as soon as the song finished. “Mark, please don’t leave me alone tonight.”
About K.C. Sprayberry
Living a dream she’s had since she first discovered the magic of books. K.C. Sprayberry traveled the U.S. and Europe before finally settling in the mountains of Northwest Georgia. She’s been married to her soulmate for nearly a quarter of a century and they enjoy spoiling their grandchildren along with many other activities.
A multi-genre author, K.C. Sprayberry is always on the hunt for new stories. Inspiration strikes at the weirdest times and drives her to grab notebook and pen to jot down her ideas. Those close to her swear nothing or no one is safe if she’s smiling gently in a corner and watching those in the same room interact. Her observations have often given her ideas for her next story, set not only in the South but wherever the characters demand they settle.
Find out more about my books at these social media sites:
Facebook  Website Goodreads Amazon Author Page
Google + Pinterest Manic Readers AUTHORSdb
Authorgraph Email
Original link