Soon the trilling of pipes will be heard

Romance
Uvi Poznansky
And so Zadok the priest, Nathan the prophet, and my bodyguard, Benaiah, hurry out of my chamber together, to escort Solomon to Gihon. I have chosen this spring, whose name means gushing forth, for a reason.
It flows three to five times daily in winter, twice daily in summer, and only once daily in autumn. No one has ever gone through the passage all the way to its outlet, which is hidden in a cave. It is deep enough to preserve a sense of mystery about it.
Despite being intermittent, the spring is a reliable source of water for the Pool of Siloam, located in the Kidron valley, which stores up water for the City of David. It made settlement possible here—not only for drinking water but also for irrigation of the royal gardens. Since ancient times, it has been considered a source of sustenance. What better place to ensure an orderly transition of power for my dynasty, and what better symbol for the future!
All my attendants have followed Solomon on his journey, so here I am, left all alone in my chamber. There is not much to do but follow my son from afar, in my own way.
I imagine the priest taking the flask of oil from the sacred tent to anoint him. There is a flash of gold in the air as he starts pouring, which brings to mind the fragrance of oil. I smell it as if it were dripping over my own head.
Somehow the days of my youth, when Samuel the Prophet arrived at my father’s house to choose the next king of the land, come rushing back to me. I close my eyes and take in a deep breath, in which I detect a dash of powdered bark, a pinch of scented medicinal leaves, sweet cinnamon, calamus and cassia, mixed together into olive oil according to an age old formula passed down the generations.
By now, I imagine, the sound of trumpet must be reverberating back and forth between the walls of the valley. Soon the trilling of pipes will be heard, along with the thud of footfalls in various rhythms of dancing, and laughter, resounding laughter of men and women rejoicing.
I can almost hear them shouting, and find myself startled by the words, in which my name has been omitted to mark an irreversible change.
“Long live King Solomon!”
And the last thing I imagine before sleep comes is Adonijah, pressing his hands over his ears to stop it, stop hearing the blaring of the trumpet, while his guests are rising in alarm, just about to disperse.
David in The Edge of Revolt 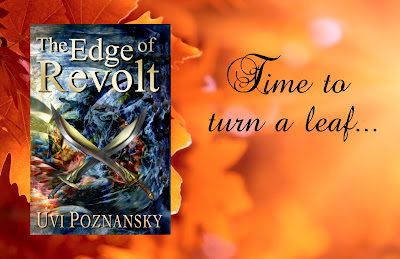 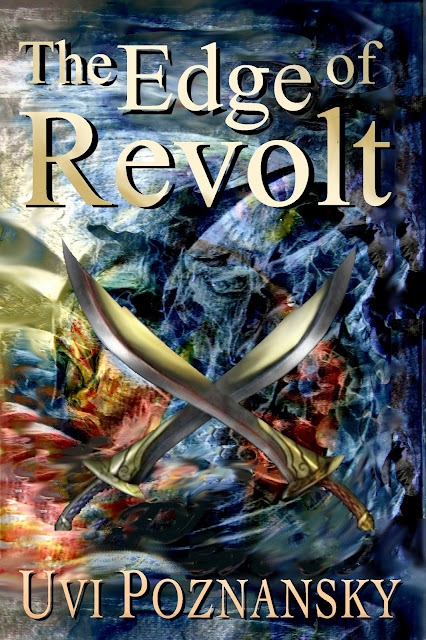 "The miracle of Uvi Poznansky's writing is her uncanny ability to return to old stories
and make them brilliantly fresh"
-Grady Harp, Hall of Fame reviewer
Original link