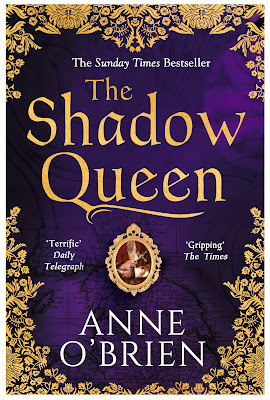 Available on Amazon UK and Amazon US
From the Sunday Times bestselling author of The Queen’s Choice
The untold story of Joan of Kent, the mastermind behind the reign of child-King Richard II. A tale of treachery, power-hungry families and legal subterfuges. ‘What would enhance the pattern of my life further? One word slid into my mind. A seductive word. A dangerous word, perhaps, for a woman. Power.’
Today I would like to welcome author Marcia Meara:

Tell us about your latest book

My latest book is The Shadow Queen starring Joan, the Fair Maid of Kent, who became Princess of Wales through her marriage to Edward, the Black Prince, and King's Mother when her son Richard II took the throne. For a woman with such medieval notoriety, we know remarkably little about her, particularly about her motivations in making some astonishing decisions. In The Shadow Queen Joan pursues her career through three marriages, one of them bigamous, with all the scandals, the insecurities, the heart-break and, not least, the desire for power. In a man's world, Joan is a heroine par excellence.
What are you planning to write next?
My new novel for 2018 is Queen of the North. This brings together two major medieval families, the Mortimers and the Percys, through the marriage of Elizabeth Mortimer to Sir Henry Percy, the heroic figure known to history as Hotspur. I was encouraged to write it by the dramatic scenes given to this pair by Shakespeare in King Henry IV part one (where Elizabeth is called Kate).

It is a novel that brings to the forefront the Mortimer claim to the English crown with all its complexity after Henry Bolingbroke's usurpation of King Richard II's throne. It is a tale of rebellion and conspiracy, of love and betrayal, and its high cost in life and in freedom, not least for Elizabeth. I was delighted that Sir Edward Mortimer and Owain Glyn Dwr could make an appearance.
What is your preferred writing routine?
I am definitely a morning person. I write almost every morning, starting early and writing through until lunchtime. Afternoons are spent in 'real-life' necessities when occasionally housework demands my attention. But even then conversations often play out in my mind, or scenes develop. I keep a notebook to hand because if I don't write it down I forget the best bits. Evenings I might read for research or plot the next day's progress, although I also read fiction for pleasure. Most of my writing is definitely a morning occupation.
What advice do you have for aspiring writers?
Writing is not an easy occupation. Writing can be lonely and is very personal.

Taking advice is good, but it is not a one size/one fit for all ventures. Decide what is the best fit for you in how to write scenes, how to structure your story. When you are comfortable with it, stick to it.

Don't wait for the muse to strike. Sit down and write. You may not like the initial result but it is a base for revisions. Often it is better than you think.

Be persistent! If you are ambitious, will-power is an essential part of writing.

Most importantly; don't be satisfied with less than your best, until your characters, when they act and speak, ring true. Don't forget to watch them and listen to them. And of course enjoy them ...
What have you found to be the best way to raise awareness of your books?
Social Media is vitally important these days for an author to get the message out there. I use twitter and facebook and I occasionally blog on my website, particularly if I set up a giveaway to draw attention to my new novel.

I realise that I am blessed with a PR team from my publishers behind me. It is far more difficult, and not least time-consuming, for indie writers.

Tell us something unexpected you discovered during your research
Not so much discovering new historical information, but realising unexpected family connections always fascinates me and makes for interesting developments. Medieval royals and aristocracy were so strongly interconnected through family and marriage. The Holland family, descendents of Joan of Kent and Sir Thomas Holland, through well-planned marriages is an excellent example. They seem to appear in all my recent novels. Elizabeth Mortimer's sister in law, Alianore Holland, was granddaughter of Joan of Kent.
Another marvellous realisation which added depth to Queen of the North: after Hotspur's death Elizabeth married Baron Thomas de Camoys who figured strongly in The Queen's Choice. It was like meeting up with an old friend.

What was the hardest scene you remember writing?
Definitely the death of Hotspur at the Battle of Shrewsbury in 1403. It could not be an 'eyewitness' account since Elizabeth- the novel is from her POV - was obviously not there. Nor could it be omitted since Hotspur's death is key to what happened next. Nor did I want it to be simply announced by a messenger or a letter - how un-dramatic that would be. It was too tragic an event to be treated lightly and there was so much potential drama involved in it.
My choice was to record it by using some mystical foreknowledge of the battle, based on the eclipse of the moon which occurred at that exact time. Followed by a visit to the battlefield long after the event but when the shadows of so much death still lingered. Does it work? I hope so.
Anne O’Brien
# # #
About the Author 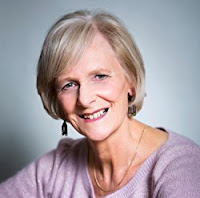 Anne O’Brien was born in West Yorkshire. After gaining a BA Honours degree in History at Manchester University and a Master’s in Education at Hull, she lived in East Yorkshire for many years as a teacher of history. She now lives with her husband in an eighteenth-century timber-framed cottage in the depths of the Welsh Marches in Herefordshire, on the borders between England and Wales, where she writes historical novels. The perfect place in which to bring medieval women back to life. Find out more at Anne's website  http://www.anneobrien.co.uk/ and find her on Facebook and Twitter @anne_obrien.
Original link