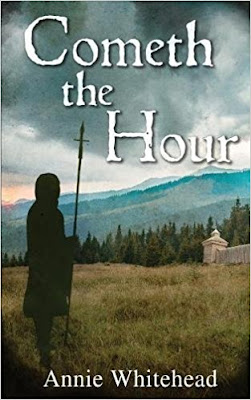 Available on Amazon UK and Amazon US
Four kings, connected by blood and marriage, vie for the mantle of overlord. Three affect to rule with divine assistance. The fourth, whose cousin and sister have been mistreated and whose friend has been slaughtered, watches, and waits. He is a pagan, he is a Mercian, and his name is Penda. By his side is a woman determined to escape her brutal past. She aids his struggle against his treacherous brother and their alliance founds a dynasty with the potential to end injustice and suppression, if only they can continue to stand together...
Today I would like to welcome author Annie Whitehead:
Tell us about your latest book
My latest novel is called Cometh the Hour and is set in seventh-century England, where a vicious attack sets in motion a war of attrition which will last for generations. I’m delighted to say that the book has been picked by Discovering Diamonds as their Book of the Month and has also been awarded an IndieBRAG Gold medallion.

I love the research part of the job, and that is the first stage of any writing project – tracking down the primary sources, taking copious notes, and then fashioning them into fiction. I spend a long time not physically writing, but day-dreaming, thinking about my characters as I’m walking through the countryside, maybe working out a scene in my head while I’m brushing my teeth… if I’m actually sitting at the computer, I work pretty much office hours, from around nine in the morning until five at night. I tend to work more productively in the afternoon though. I’ve trained myself to be an early riser, but I don’t think I’m fully alert until after lunch!

What advice do you have for aspiring writers?

Nothing profound. But I would offer the same words of encouragement that I often tell myself: ask yourself what you’d rather be doing if not writing, and if the answer is ‘nothing’ then you know you are a writer… So, if not writing is not an option, then you are doing the best you can to make it as an author. Obviously, you need to make your work as good, and professional, as you can, so read -  not just in your chosen genre, but also about the art of writing.

Network, with other authors. In my experience, writers are a very supportive bunch – maybe it’s because it’s a solitary occupation and we like the chance to reach out.

I don’t think there’s an easy answer to this one. I’m active on Facebook and Twitter, and I believe that Instagram is a good platform for authors, although I haven’t tried that myself yet. I think it’s important to engage with people, and not just be constantly promoting. Submitting books for reviews and/or awards is a good way of raising awareness without tooting your own trumpet. I spend almost as much time writing non-fiction as I do fiction, and I blog, on my own site, and for EHFA (English Historical Fiction Authors).

Tell us something unexpected you discovered during your research

One of the most interesting things I discovered while researching my first novel was the flammable quality of flour dust. I was writing a scene where I needed some kind of small explosion and I knew that jewellers sometimes worked with combustible materials. But further research revealed that if anything, they were more likely to be overcome by fumes. And the forge was no good, as the smiths sensibly tended to keep their fires and hot metals well away from the main buildings of the settlements. Kevin Leahy, curator of the Staffordshire Hoard and an expert on Anglo-Saxon crafts and trades, told me about the properties of flour dust and Boom! – I had my explosion.

Emotionally, the hardest scenes are when I have to kill a character. I’ve ‘lived’ with them for so long that it really does feel cruel, and it’s very upsetting. Technically, the hardest scenes are the battle scenes. Even when I was a student I was wary of writing essays about military campaigns, as they took on a ‘and then this happened, and then that happened’ tone, which is what can happen with battle scenes. However carefully you choreograph them, it’s a challenge to find new ways to say ‘the man’ the adversary’ the enemy’ and then to describe the wielding of a weapon in so many different ways. Disturbingly, I don’t have the same difficulty coming up with new ways to describe horrific injuries, which is something one doesn’t necessarily want to brag about!

I’m currently working on a non-fiction book, a history of Mercia, which will be published by Amberley Books late next year. As soon as I’ve finished this project, I’ll start work on the sequel to Cometh the Hour. The feud that began with Penda and the Northumbrian kings has not ended, so there are scores to be settled… 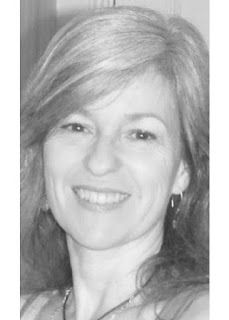 Annie Whitehead is an author and historian, and a member of the Royal Historical Society. Her first two novels are set in tenth-century Mercia, chronicling the lives of Æthelflæd, Lady of the Mercians, who ruled a country in all but name, and Earl Alvar, who served King Edgar and his son Æthelred the Unready who were both embroiled in murderous scandals. She was a contributor to the anthology 1066 Turned Upside Down, a collection of alternative short stories. She has twice been a prize winner in the Mail on Sunday Novel Writing Competition, and in October 2017 she won the inaugural HWA Dorothy Dunnett Short Story Competition and To Be A Queen was voted finalist in its category in the IAN (Independent Author Network) Book of the Year 2017. She’s also won non-fiction awards, and is currently working on a history of Mercia for Amberley Publishing, to be released in 2018. Find out more at Annie's website http://anniewhiteheadauthor.co.uk/ and find her on Facebook and Twitter @ALWhitehead63
Original link