Special Guest Interview with Rebecca Lipkin, Author of Unto This Last, a biographical novel about the life of John Ruskin 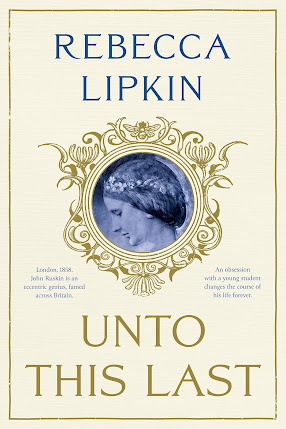 New on Amazon UK and from all major booksellers
London, 1858. Passionate, contradictory, and fiercely loyal to his friends, John Ruskin is an eccentric genius, famed across Britain for his writings on art and philosophy. Haunted by a scandalous past and determined never to love again, the 39-year-old Ruskin becomes infatuated with his enigmatic young student, Rose La Touche, an obsession with profound consequences that will change the course of his life and work.
I'm pleased to welcome author Rebecca Lipkin to The Writing Desk:
Tell us about the book
Unto This Last is a portrait of the complex personal life of John Ruskin, one of the most influential men of the past 200 years, and in particular his controversial relationship with his student, Rose La Touche, a girl twenty-nine years his junior. 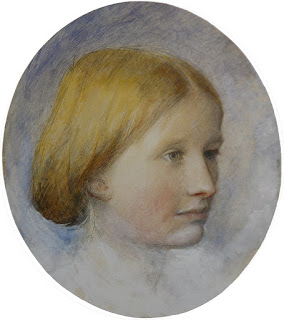 Rose La Touche, 1861, by John Ruskin
What inspired you to write the novel?
I have had an interest in Ruskin for many years, having joined the Ruskin Society at the age of seventeen to learn about his life and work. Most accounts of Ruskin’s personal life focus on his brief marriage to Effie Gray, but his twenty-year relationship with Rose La Touche was of huge importance to the evolution of his thinking; it is a captivating and tragic story of two people whose loving friendship transcended boundaries and conventions to the very end.
How did you go about researching the novel?
Fortunately, Ruskin, Rose and many other characters featured in the novel were prolific diarists and letter writers, so I had a wealth of information from which I could piece together the intricacies of their relationship, in addition to the many academic sources about Ruskin's life.
How did you find your narrative voice?
I always felt that the novel should be written in the style of the period in which it is set, and as I have used many extracts from Ruskin and Rose's own letters and poems, among other original sources, it seemed right that the narrative voice was also of its time, albeit somewhat modernised for a contemporary audience. I tried to remain neutral throughout, as I wanted the reader to come to their own conclusions about the characters and their actions.
What is your writing process?
Unto This Last took five years to write, including several drafts. The story was originally written as a screenplay, and this proved an invaluable tool when writing what turned out to be an epic novel, for it provided me with an important framework and some of the dialogue. It was hugely liberating to tell Ruskin and Rose’s turbulent story in much greater depth, for arguably they are far more relatable and fascinating than fictional characters due to their faults, misunderstandings and emotional struggles.
What are you working on next?
Staying within the same genre of historical/biographical fiction - my next novel will be set in the colourful world of the Victorian theatre, with actors and actresses who led more theatrical lives than their characters on stage. There may even be some cameo characters you will recognise from Unto This Last, including Oscar Wilde!
Rebecca Lipkin
“This is an atmospheric and utterly convincing novel...tackling the subject with great empathy in prose that is both detailed and vivid. A considerable achievement.” Michael Crowley, writer and dramatist
“Deeply researched and charmingly written, it resurrects not only John Ruskin, one of the most influential characters of the Victorian age, but his fascinating pupil Rose La Touche, who is portrayed so sensitively that you feel as though you know her.” Daisy Dunn, author of In the Shadow of Vesuvius: A Life of Pliny
“Rebecca Lipkin’s thoughtful novel about this complicated man – and his often-confusing world – is a pleasure to read and a very welcome addition for all lovers of Pre-Raphaelitism.” Lucinda Hawksley, biographer 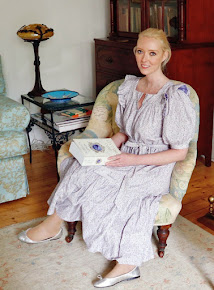 Rebecca Lipkin has worked as a journalist, culture editor and theatre critic, and is now writing as a full-time historical fiction author. She has had a passion for nineteenth century art and literature from a young age, and her writing is inspired by the real-life stories of colourful characters whose narratives form the basis of her novels. Find out more at Rebecca's website www.rebeccalipkin.com and find her on Facebook and Twitter @rebecca_lipkin
Original link