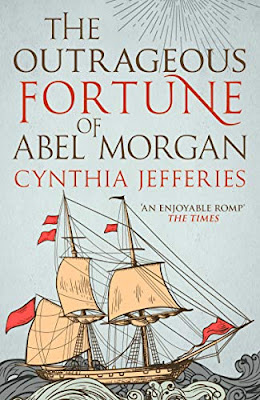 Available on Amazon UK and Amazon US
1660, England. War is at an end, yet for Christopher Morgan his personal conflict rages on. Haunted by the tragic death of his wife, Christopher is desperate to escape the pain her memory brings, although looking into the eyes of his young son, Abel, he cannot help but be reminded of what he has lost. Over time, father and son develop a strong bond until they are callously torn apart when Abel is snatched by smugglers and sold overseas. From the shores of Constantinople to the coast of Jamaica, time and tide keep them apart. Christopher will sail across oceans to find Abel, never losing faith that one day they will be reunited, and, as the years pass, Abel will learn
that fortune favours the brave.

Lots of people have asked me where on earth I got the idea to write this rather extraordinary story. All I can say is that one day the character of Christopher Morgan popped into my head and just wouldn’t leave me alone. Sometimes it’s the plot that comes first, but this was definitely a person first.
To begin with I thought he was a pirate, and would fit nicely into a story for children, but he was far too sad for that. After a few nights of broken sleep for me he had a dead wife, an infant son and probably post traumatic stress disorder after fighting and being forced to flee his homeland after the English Civil Wars in the 1600’s.

I’ve always been fascinated by that complicated and chaotic time in British history when, after a long period of peace in the country, King Charles I and his subjects resorted to war to resolve their differences. The king only needed to call parliament when he wanted money and his need to come up with ever more creative taxes to get what he wanted went down very badly. It was a system that had outlived its usefulness.

The Outrageous Fortune of Abel Morgan begins after the chaos of war, when most of Christopher Morgan’s wealth is gone and he only has enough money to buy a tumbledown, disreputable inn. It is his attempt to stand up to a smuggler family that results in him losing Abel his son, and begins his long search to find him.

The novel is told in two voices, father and son, following their separate lives across seas and continents. It took several years to write as I struggled to tell both stories, intertwining them in such a way that the tension is kept high, and nothing is given away too soon. Charles II, Samuel Pepys and Hans Sloane all have cameo roles.
There are smugglers, pirates, spies, slaves and forbidden love. There is a man with an articulated metal hand and forearm, which I first saw at the National Trust property Cotehele, in Cornwall. It hung on the wall in the great hall. So many visitors remarked on it that the house raised money to have a replica made, which could be demonstrated. I was able to handle it, thanks to the collections manager, Rachel Hunt. 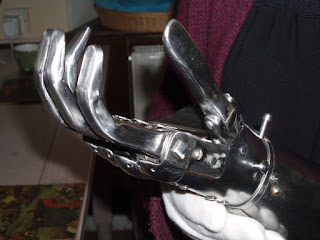 Ideas for a novel come from all over the place. A sack of dried chillies I noticed when in Delhi, India suggested one small scene. A visit to Istanbul, Turkey gave me the setting for the scene. Visiting a never commissioned wooden ship in Dundee Scotland gave me lots of ideas, as did a visit to a much smaller old boat on the Tamar in Cornwall. 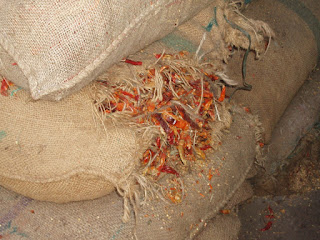 A beautiful effigy in the little church in Miserden, England gave me something important I badly needed. It all came together in the end, after much trial and error. A wonderful publication, The Surgeon’s Mate, a handbook published in the 1617 was a wonderful resource. Other research materials are mentioned at the end of the book.
In my career so far I have learned a few things from a couple of excellent editors. One reminded me that common phrases have little place in fiction. A good writer will find her own way of describing things. No need for babbling brooks, scorching suns or old crones. Find your own words. English is such a rich language.
Another told me that if I was working on a sentence and thought ‘that’ll do’ it almost certainly won’t. She was right! A few times she picked up on a phrase I had struggled with before coming to the conclusion that it would do. I was amazed that she had noticed that couple of phrases in amongst the rest, but she was a brilliant editor. Work harder, until it’s right!

I suppose more than anything I have come to love and respect editing. Yes, of course it’s important to research the subject until comfortable in it. Then to get a feel for how the plot will develop, however much or little you like to know before you start. I use post it notes on a door to move important scenes around until I’m fairly sure how the plot will work.
Some people write copious notes about each chapter, but that doesn’t work for me. Once I’ve got the bones of the plot sorted, while leaving plenty of space for unexpected scenes that are bound to appear, I write the first draft.

It can be hard to start. That first sentence is so important! And about half way through writing the novel lots of writers lose heart. I know I can! Suddenly it feels as if everything I’ve written is rubbish. That’s when it’s so important to keep going, however bad you think it is. Getting towards the end can suddenly feel euphoric as you race to the finish. Then I usually put the manuscript away for as long as I can manage, and do something entirely different for a few weeks at least.
Then, when I go back to it the real work can begin. Edit, edit edit. Sometimes a whole chunk needs to be abandoned, or a new bit put in. Occasionally a character has to go, because he just isn’t needed. Anything not strictly needed makes a novel baggy. Sometimes a bit I love best just isn’t needed to move the plot on. If it doesn’t it has to go.
It’s a rare book that passes scrutiny without three close readings, sometimes more. I love the editing because I can see the work improving each time I revisit it. And then, when it’s the best it can be it’s ready. Off it goes to be read by the editor and when she is happy, off it goes to find its readers. Out of my hands. Go well new novel. I hope you are treated well! 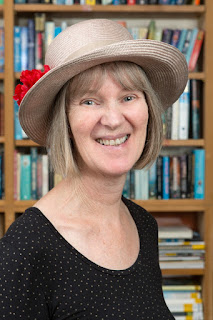 Cynthia Jefferies wrote for many years for children as Cindy Jefferies. Her Fame School series for Usborne Books attracted world wide interest, and was eventually published in 22 languages. The books remain in print in the UK. More recently, she has turned to her interest in the C17th to write historical fiction for adults. As a child of ten she wrote a play about the escape of Charles II after the Civil Wars in the UK, and performed it with her class at school. From that moment she knew she would be a writer, however difficult it might be to achieve her goal. Success as a writer was hard won and so, while raising her family she had a variety of jobs, from working in a china shop to raising poultry, pigs and sheep; trying her hand at being a DJ, working behind the bar in a pub and dealing in junk antiques. “I think I have always been pretty well unemployable,” she says. “I always wanted to work for myself!” Eventually she did just that, starting a bookselling business which sold to schools all over the UK. It was while building up the business that she sent her first children’s novel, Sebastian’s Quest to Barry Cunningham, who first took on J K Rowling of Harry Potter fame. To her great surprise and total delight he took it on. “It didn’t do terribly well for him, so he didn’t want any more from me, but he was a great first editor to have, and was very encouraging.” After twenty years of writing for children she is now writing historical fiction for Allison & Busby. Her first, The Outrageous Fortune of Abel Morgan came out in 2018 and was reviewed by the American Libraries Association. Their Booklist publication gave it a starred review, saying it was “Outstanding storytelling”. Her next, The Honourable Life of Thomas Chayne is out in hardback and ebook in November 2019.  Find out more at Cynthia's website www.cynthiajefferies.co.uk and find her on Twitter @cindyjefferies1
Original link