Special Guest Post by Jackie Cosh, Author of The King with the Iron Belt: The life of King James IV of Scotland 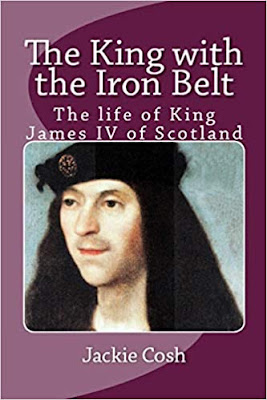 New on Amazon UK and Amazon US
Known as the Renaissance king, King James IV of Scotland played a huge part in the joining of the two kingdoms of Scotland and England. Through his marriage to the English Margaret Tudor his lineage became heirs to the English crown and his great grandson eventually took the throne as King James VI of Scotland, I of England.
Amateur dentist, sociologist, educational reformer….. If King James IV of Scotland was alive today his CV would be pretty impressive. Which is why, for nearly twenty years I have had a fascination with him that led me, slowly and surely, to write a book about him. The King with the Iron Belt was published in 2018, a biography of the man from birth to his death at the Battle of Flodden.
My love of history developed only after I left school. Initially Irish history interested me the most. I flirted with European history, before finally settling down with British history, primarily Scottish. I read about many different eras in Scottish history, meeting James IV along the way. I found that there were very few books dedicated to this great man, and those that were tended to be very academic, and just a little bit, well, dry to say the least

James IV was anything but dry. He was the most fascinating of men and loved to explore and learn, such as when he placed two orphaned infants on the island of Inchkeith with a mute woman, in an attempt to determine what he perceived as ‘the original language’. This was the man who introduced full quarantine for plague victims, hundreds of years before Covvid 19 and lockdown.
He reformed the justice system and introduced the first education act, more than 300 years before England. Then there is his marriage to the English Margaret Tudor, which led, eventually, to the union of the crowns. I struggled to understand why, unlike his granddaughter Mary Queen of Scots, the bookshops were not full of books on this man.

I make a living as a writer and tutor and have over the years written many history articles for local and national publications, so it was a natural step to stop moaning about the lack of books on the topic and write my own. My aim was very specific – not to replicate or replace what had originally been written but to bring James to the general public, the history lover who wanted to read and learn about history in easy to understand language that was not overly academic.

As any author who is not writing books full time will know, fitting writing round a full time job and family is hard. I would have a few days where I relished being full engrossed in the fifteenth and sixteenth centuries, before work commitments would pull me back to the present and my research and writing would be put on hold again.

Researching Renaissance Scotland brought its problems. Firstly, there is the gaps in official records, particularly regarding the early years of his life, so, for example, the assumption is made that he was born at Stirling Castle as that was his mother’s main residence. But isn’t that part of the attraction of history – the not knowing, the surmising, the piecing together of the jigsaw puzzles?

Then there is the doubt surrounding some of the accounts we read. Some, like Robert Lindsay of Pitscottie, pay him many compliments but Lindsay was not born until nearly twenty years after King James died. I like to think he was simply reiterating what those who did know James reported. Perhaps little children were told of the late King James who died in battle and what a great monarch he was. Others, such as the Spanish ambassador Pedro de Ayala, were perhaps prone to exaggeration and felt the need to say great things about him.

I spent a number of years researching and reading all I could get my hands on in order to do the subject justice. Sometimes I had to make my own judgements on which version of events was correct. Some writers claim that Margaret Tudor was on her brother Henry’s side when he went to war with her husband. But my research found that there was more evidence to support the opposite. This was also in line with my intuition, which, as a historical writer you have to use at times.

But perhaps the greatest challenge is knowing where to start with all the ideas for other books that appear to me as the book develops. Through my research I encountered many fascinating characters and stories that need told. My next book is at the very early stages of planning, a book related to an extent to King James IV. The others I will put in a box for now, perhaps to return to at a later date. 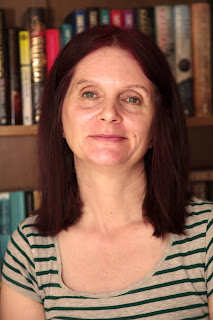 Jackie Cosh writes Scottish nonfiction. Her book, The King with the Iron Belt, a biography on King James IV of Scotland, was published in 2018. A related book, still very much in the planning stage, will be published some time in the future. Jackie tweets at @Scothistauthor.
Original link