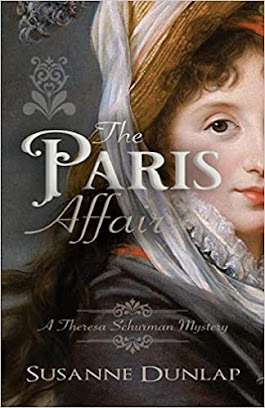 Available for pre-order
from Amazon UK and Amazon US
Marie Antoinette is facing hostility from the populace, inflamed by rumors circulated in pamphlets throughout Paris. The rumors claim that she has dozens of lovers, drinks the blood of poor people, holds satanic masses at Versailles, and more, when nothing could be further from the truth. On the advice of the handsome, enigmatic Captain von Bauer, Joseph II—emperor of Austria and Marie Antoinette’s brother—decides that mystery-solving violinist Theresa Schurman is the ideal candidate for a spy to discover the source of these vile slanders.

Surprise! Research is important—even when you think you know it all.

When you’re writing a historical novel, the importance of research goes without saying. Quite apart from having to get details of the setting, dress, transportation, diet, and a host of other things right—or as near to right as you can depending on the sources available—it’s really important not to distract from a reader’s enjoyment by introducing unfortunate anachronisms.

Like all historical novelists, I start the process of writing a book by doing research. Sometimes I don’t have to do that much. At least, that’s what I believe if it’s a period that is familiar to me. For instance, The Paris Affair was set during a time period I knew a lot about, having done plenty of research for the previous two books in the series. And although it’s set in Paris rather than Theresa’s Vienna, I had also done a completed amount of research recently for another manuscript that takes place in Paris between the years of 1774 and 1794. Not to mention that I have a PhD in music history from Yale, and my period of expertise is the mid-eighteenth century.

Theresa’s story unfolds over about a month in 1783. Piece of cake, I thought, and happily began my light digging to explore more about the musical world in Paris at the time—since I was pretty confident about almost everything else that was going on.

It didn’t take long for me to realize my in-depth knowledge of music history didn’t include everything I needed to know. It especially didn’t include the man who was possibly the most famous figure in that world for a variety of reasons. I knew all about the Gluckistes and the Piccinistes at the Opéra. I knew about the queen’s chamber music. I knew about the Concert Spirituel, and had certainly heard of Gossec if not been well-versed in his history.

But I didn’t know about Joseph Bologne, Chevalier de Saint-Georges. 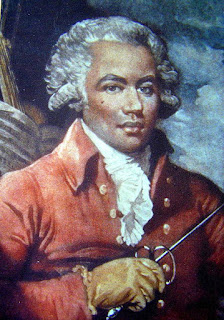 Not only was he the best fencer and violinist in Paris, but he also happened to be mixed race. His father, George, was a White Creole plantation owner in Guadeloupe, and his mother, Nanon, was a Black Creole enslaved maid to George’s wife.

It gets more and more interesting. The laws at the time made Joseph free when he was born, but his father went further and freed Nanon at some point. He also lavished great care and attention on Joseph, sending him to France to be educated when he was just eight years old. Joseph attended a famous academy where he learned to fence. And thanks to his father giving him an annuity of 6,000-8,000 Livres per year and an endowment of 100,000, Joseph was a rich young man, welcomed in society, quite the ladies’ man, and swiftly climbing the ranks in the Paris music world.

It didn’t last. When George died in 1774, his entire estate when to his lawful wife. She gave the 100,000 that had been Joseph’s to furnish her daughter Ernestine’s dowry. Ever resourceful and well liked, Joseph landed on his feet, adding the post of music director in the private theater of Madame de Montesson to his existing role as music director of the Concert des Amateurs—and being named Lieutenant of the Hunt by the duc d’Orléans for his country estate at Raincy.

I could go on and on about this fascinating man. But the important thing about all this is that discovering him changed the trajectory of the novel I thought I was going to write. Of course Theresa—a young violinist—would meet and be enthralled with such a person while she was in Paris trying to solve another mystery. It was a short step from there to having Joseph embroiled in the mystery as well.

The lesson learned: No matter what you think you know, take a second look. So many riches (pun intended, LOL!) are buried in the annals of history. We, as historical novelists, have the opportunity—and the pleasure—of bringing them to light in a way that makes them live once again. 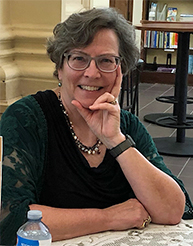 Susanne Dunlap is the author of ten historical novels for adults and teens. Her young adult novel The Musician’s Daughter was a Junior Library Guild selection and a Bank Street Children’s Book of the Year, and it was nominated for the Missouri Gateway Readers Prize and the Utah Book Award. Her latest adult novels, Listen to the Wind and The Spirit of Fire are the first volumes of a medieval trilogy for adults, The Orphans of Tolosa. Listen to the Wind is a finalist for the Chaucer Awards for Pre-1750 Historical Fiction and a Distinguished Favorite in the NYC Big Book Awards. Susanne also published The Mozart Conspiracy, the second in the YA historical mystery series that began with The Musician’s Daughter, in 2019. Susanne has a PhD in music history from Yale University. Find out more at Susanne's website and follow her on Facebook and Twitter @Susanne_Dunlap
Original link