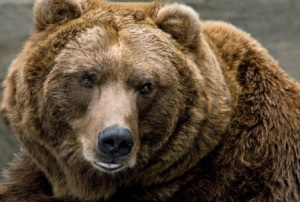 As a child I loved Winnie the Pooh.  As an adult I love him even more.  When my son was born, his nursery was filled with Winnie the Pooh, especially Classic Winnie the Pooh.  What does this have to do with anything?  Winnie the Pooh was a bear, of course, and he was known for his head stuck in a honey jar and being a little overweight.  These are admirable traits (LOL).

There are differences in the types of bears that can attach to you.  There are polar bears, panda bears, black bears, brown bears, Kodiak bears, grizzly bears, and many others.  In this post, I’m focusing on the grizzly, brown bear, and/or Kodiak.  Crediting is in the Reference section.

The bear is a grounding force.  Bears are naturally strong and have been worshiped by many cultures.  These animals act as an inspiring source that enable courage against adversity.  The bear is also symbolic of the earth and nature which can help with physical and emotional healing.

What does it mean when a bear finds its way into your life?  It may mean that you need to do some inward examination.  It may be time to dig deep and look at your journey as well as the path you are on.  However, it also symbolizes freedom encouraging you to keep walking your own path.

According to Harris (2017), bears embrace the following meanings:

Strength and confidence Standing against adversity; taking action and leadership The spirit of the bear indicates it’s time for healing or using healing abilities to help self or others The bear medicine emphasizes the importance of solitude, quiet time, rest The spirit of the bear provides strong grounding forces

The thing that comes to mind when someone says the word “bear” is brute strength.  These animals are pure muscle.  Yes, they have massive fat stores, but watching them in the wild is frightening.  Therefore, it should be no surprise that the bear is a source of inner strength, fearlessness, and confidence.  Even when you don’t feel strong, fearless, or confident, the animal totem can offer those attributes.

Let’s talk about cultural significance and the bear.  According to Harris (2017), in Siberia a female shaman is the same as the word “bear.”  Inuit cultures see the bear spirit animal as a connection between shamanism and women.  It is thought that the Inuit hunter will allow himself to be eaten by a bear so that he can reincarnate as a shaman.  Although I said that I wouldn’t focus on the polar bear, it’s important to know that they are considered the “wise teacher” (Harris, 2017) because it can survive the harshest of environments.

The ancients worshipped the bear so much that bones have been found in Europe together with human bones.  The Vikings wore bear skins to frighten their enemies.  They thought that by wearing the skin they could physically transform into the bear and scare their adversaries.  In other words, the bear is symbolic of the warrior.  Believe it or not, in the Greek and Roman, the bear is associated with one of the members of my pantheon:  Artemis/Diana.  So, as you can see, the worship and admiration for the bear goes back a very long time.

Because the bear is often associated with shamanism, it’s also associated with healing.  The human that has the bear as an ally will be able to understanding healing practices and utilize them to help others.  You may also have a great deal of patience when it comes to your own ideas and projects.  You may also be admired as an authority figure, and you probably have a very nurturing, protective pull toward children.  This could be why the bear was often associated with Diana.  She was the Goddess of the Hunt, fertility, and the protector of children.

Many accounts of bear attacks indicate that cubs were nearby.  Mama bears are ferocious.  She will slaughter anyone or anything that threatens the safety of her babies.  Anyone who has a strong bond with their children can relate to the spirit of the bear in this way.  We would die fighting for the safety of our children.  The bear embodies selfless love.  However, as aggressive as they can be, bears are peaceful if they are left alone.  In the wild, the mama bear teachers her cubs to survive without her.  Her entire purpose is to enable her offspring to move forward without her.  Once she has shown the cubs how to live on their own, they separate from her and venture into the world alone.  Her cubs stay with her for up to two years, so don’t start crying thinking that the little guys are pushed out of the cave while they’re small.  If the bear makes its way into your life, it may be temporary or permanent depending on your particular situation.

If you have encountered a bear in your life, you may want to do some past life soul-searching.  You could have been a part of a tribal people.  Better yet, you could have been a shaman.  I don’t know anyone personally who has a bear as their spirit animal.  I can’t imagine the protective capacities of these individuals.  However, wolf mothers can be quite protective, too.

As always, I will encourage you to meditate to communicate with your spirit animal.  Bears are loved by many so the variety of knickknacks for this particular spirit animal is in great abundance.  Symbolizing the bear in your life will help bring bonding to your relationship.  If you are the cub, you may be with your bear for only a little while.  However, if you are a shamanistic pupil you will likely keep your bear forever.