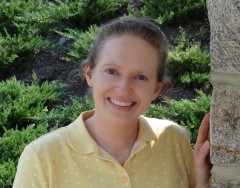 I knew I wanted to be a writer from the moment we learned about words and placing them together to form a sentence. Those sentences then became a paragraph, and multiple paragraphs formed a story. The magic of writing dawned on me then, and the glow hasn’t left since.
Writing for me is more about me being nosy than anything. I want to know what happens to the characters, so I sit down and start typing. Eventually, I end up with a story.

The only downside to this is that writing is a solitary process. And what did I do with these finished books? I came into possession of a writing manual that listed an organization called Romance Writers of America.

What? Had I fallen into some wonderfully mystical world?

Central Pennsylvania Romance Writers is based in Harrisburg, PA, close to me. I was certain this chapter sported lots of senator’s wives who oozed sophistication and elegance. So it took me over a year before I worked up the courage to attend my first meeting. I entered that room, and found, not one senator’s wife, but a group of women (and a few men) who were just like me.

These amazing people helped me to become a better writer, and figure out what to do with those stories. They have also become friends and a wonderful source of support. Here I am, years later, still pursuing a career in the most amazing of professions.

I’ve since self-published a couple of series and have published with Soul Mate Publishing, where I’ve met additional friends and supporters.

I love being a writer!

If you enjoy nerds (The Morrison Family Series), suspense (The Me Series), or dragons (The Dragon Chronicles), you might be interested in pursuing a relationship with my books.

Odd things keep happening to Dr. Sara Newton. She’s a soon-to-be-unemployed pediatrician with an alleged stalker, a hot cop on her heels breathing dire warnings, and way too much student debt.

It doesn’t help that the hot cop is Clay Morrison, her best friend’s older brother. The man has made her heart pound and her palms sweaty since puberty. The trouble is, he only interacts with her when he’s expounding on new security measures. He sees threats everywhere.

Clay Morrison is frustrated. He hates his new job, misses his Army Ranger days, loves his well-meaning, pushy family—and when did sweet Sara Newton grow up? She won’t admit she has a stalker, and she won’t keep out of his thoughts. He can only protect someone in denial for so long. No matter how attractive she is…

Clay and Sara are circling each other, trying to meet in the middle. Then a brand new threat sends them in a completely different direction.

D.R. Grady lives with her husband near Hershey, PA. She adores chocolate, laughing, collecting bags, books, and shoes, and writing stories that resonate with others.