Stepping into a dead man’s shoes is a tricky thing

Mar 27 Posted by Uvi Poznansky in Romance
If you can not see this chirbit, listen to it here https://chirb.it/KkEpAw
“It must have been their way to bid him farewell,” I say. “Perhaps, you should be grateful to them—”
“You’re right. I really should. Conveniently, they left no trace of him.”
I try not to raise an eyebrow. “Conveniently?”
“Once they were done with him, there was no way to exhume the body or find out the cause of death.”
“That’s too bad.”
“Physically, I resembled him, to the point that people would often mistake me for him. So, taking on his identity was effortless, at first.”
I recall what he said to me on our first date. I find a delicious irony in the idea that an impostor can be better than the real thing.
In the face of my silence, he presses on. “News of his accident—if you want to call it that—didn’t make it to the papers. After all, his overdose seemed self-inflicted, and there I was, a living proof that he’s managed, somehow, to recover.”
“Oh, how fortunate for you.”
“Still, I felt unsafe, perhaps because of a pang of guilt. I feared that at any moment, someone might point at me and say, ‘There goes a killer!’”
He sighs into silence.
So I ask, ever so gently, “I thought you were going to talk about your wife?”
“Oh yes.” Now he presses both hands against his temples. “Back to her. At the time, she was in her late thirties. Not bad looking. Rich, bored, and desperately looking for a purpose in life. Having laid eyes on me, she found it. Grooming me for success—a brooding, destitute, dark man, who showed little interest in her—must have given her some sort of pleasure. And for a while, it served me well, too.”
I raise an eyebrow. “How so?”
“Well, stepping into a dead man’s shoes is a tricky thing. I couldn’t afford being recognized for the impostor I was. As Dr. Patel, I was already planning to resign from his job and start a new one elsewhere. Problem was, how to distance myself from his old buddies.”
“Become a recluse?”
“No, my solution was smarter than that.” He pours some wine into his glass and guzzles it down. His tone takes a cynical turn. “When she fell in love with me, I realized I should marry her. People seldom stay in the same circle of friends once they put a ring on their finger.”
“So, Susan was your excuse not to keep in touch with them?”
“That she was.”
“And no one ever wondered?”
Excerpt from Overdose 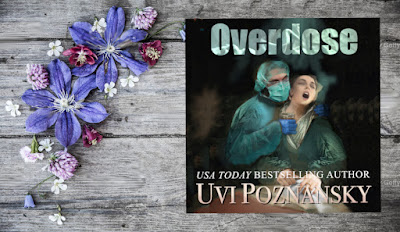 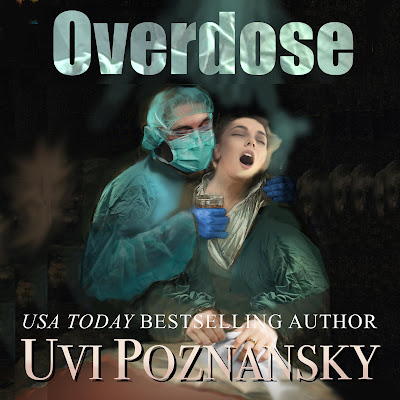