For the next several days I am reposting commentaries from Americans of all races and occupations who are as concerned as I am about this ongoing attempt to rewrite history and obliterate our country from within. I hope you will find them as illuminating and significant as I have.

It is not transcendently stupid for the alleged anti-racism rioters to destroy a Lincoln statue, though, to normal people, it looks like the act of drooling morons. Now, a good number of these “cesspeople” are drooling morons, but that does not change the fact that trashing POTUS #16’s statuary is brilliant.

They have confused their targets – us – by casting off the constraints of coherence.

Oh wait, you thought that these folks were trying to make a point about racism being bad. And you thought because that’s how those of us who weren’t raised on Instatwitbook, soy, and critical race theory, that if you point out that something is unreasonable then that will cause the person you were instructing to rethink it. After all, trashing some Honest Abe totem in order to illustrate how racism is double-plus-ungood is about a “12” on the 1-10 scale of unreasonability. And yet, you can point that out all day and they don’t care.

In fact, they laugh at you for doing so.

If you look at everything that is going on, the one common denominator is that every action the woke insurgents take is designed to strip you of your ability to defend your interests, or property, or rights, or life. The idea is to leave you utterly vulnerable, totally exposed, at which point they can do with you as they see fit. The nicer ones will merely reeducate you then demand humiliating submission and tribute. History (and their social media feed) teach that others will happily murder you. Doubt me? Just ask your local kulak.

Stripping you of defenses takes many forms. One form is defunding and abolishing the police. Oh, someone will be wielding force in society. It just won’t be people accountable to or inclined to protect you. Another form is literally stripping you of your defenses. Why is gun control such a fetish for these creeps? Because you with a gun have the ability to not just say “no” but to exact a price from those who wish to compel a “yes.” So, of course, they want to eliminate your ability to have weapons, but they also want to eliminate, as a practical matter, your ability to use them to protect yourself. 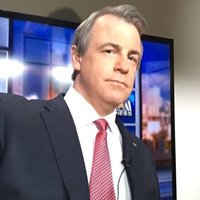 Look at what happened when the pink polo shirt gun guy quite reasonably grabbed his AR-15 as the savages descended on his property and the cops were AWOL. St. Louis’s Soros-bought DA – who last month released all the arrested rioters – threatened to prosecute him. The media is slandering him too. A pack of jackals threatened his property, his family, and even his dog, and he’s the bad guy for not showing his belly? You see the same fake furor every time some citizen has his car surrounded by a feeding frenzy of scumbags and plows through them to escape. Ignore that the slime are now shooting people they try to trap. The idea is to make you give up instead of fight back because if you fight back, the law comes down on you instead of the criminals.

Soros really is a shrewd investor.

The law – and the law generally says you can reasonably defend your life and property (please consult your local laws for specifics and get proper training) – means nothing if corrupt Democrats ignore the crimes of leftists and prosecute normals who dare resist the Blue Terror, which is kind of the point. You thought you could rely on the law and on the government to protect you. Nope. And now you can’t protect yourself either.

And then there’s reason. That’s a defense too. You can use reason, make arguments, present evidence, and convince people. Not if making sense is beside the point.

You cannot reason with these people. Forget trying to convince them. You are not going to talk them out of their quest for power over you by deploying bourgeois conceits like “facts” and “evidence.” Yet so many of us see what’s happening and still take to Twitter or (increasingly) Parler to point out the sheer ridiculousness of the enemy’s latest antics. But these actions are not ridiculous. They are tactically genius. Instead of confronting an impenetrable defense, they just scuttle around it and attack into our rear.

Now that’s not to say pointing out the fact that everything they say and do is bullSchiff  and pointless. It does help awoken the conservative unwoke. Normal people who are not neck-deep in the fight right now look at people trying to topple the guy who toppled the Confederacy and shake their heads. It does help with them, so keep it up with them.

But not with the wokesters. They just don’t care.

So how do we beat them?

Step one is to understand the nature of the fight. It’s not one of right and wrong, though that’s how they like to disguise it. It is one of power. Give them nothing. Concede nothing. Stop trying to be reasonable with people who think a reasonable compromise is just impoverishing and disenfranchising you instead of stashing you in a gulag or worse.

Are you still trying to prove to them you aren’t “racist?” Why? You aren’t, so the hell with them. You owe them no assurances or excuses. They’ll just claim your denial is more proof. You’re “fragile” if you surrender and you’re “fragile” if you don’t, so stop playing their game. You don’t have to prove anything to jerks who spew the same species of racial garbage Goebbels would have spewed, only with different names.

Step two is to understand the enemy and the information operation it’s running on you. The total number of these shrieking punks is infinitesimal, probably under 1 percent of the population. But the mainstream media seeks to make them seem pervasive and overwhelming by covering them 24/7, and it expects you to fall for it. Don’t. Look out your window. Except for that whiny woke wine mom down the street with the handwritten lawn signs parroting the slogans du jour, the one whose husband you often see weeping in the window, you are looking at peace and calm. That’s the reality, not the chaos in a few square blocks of occupied Grungeburg, Washington. 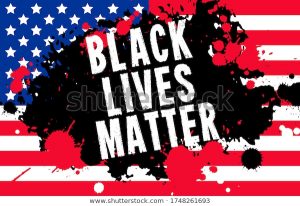 Don’t allow yourself to be demoralized. Victory is at hand. The media’s polls are meant to crush your spirit, but ask yourself – do you know a single person who voted for Trump in 2016 but is now thinking, “Gosh, we need Grandpa Badfinger – he’ll get the economy moving again even though he helped preside over nearly a decade of ennui?” Or have you had people who whisper to you, because they fear cancellation, “This time I’m voting for Trump?” I know zero of the former and a number of the latter. How about you?

Don’t fall for the lies. Reject their goal of breaking your will.

Step three is to impose your will, ruthlessly and fearlessly, because this is our country and to hell with these schmucks.

It’s time for us to riot, not in the streets, because we have jobs and we’re not going to destroy our own stuff, but at the ballot box. That’s where we lay waste to their Venezuelan dreams. In the primaries, vote for woke conservatives, not establishment saps. And then in November, vote straight Republican down the ballot.

Sure, much of the GOP consists of spineless saps eager to join Mitt Romney – father of the Miracle Whip box set of sons Tagg, Tugg, Togg, Skip, Skoop, Skup, Freen, Ween, and Peen – in donning the latex and gimping out for the pleasure of their WaPo masters. But the nice thing about those cowardly sissies is that we can ensure they are more afraid of us than of the leftists they yearn to obey. We can fire them, and then they’ll have to get real jobs. This prospect scares them even more than a mean tweet from that desiccated crone Jennifer Rubin.

Finally, step four: Stop making sense. Unless it’s directed at the unwoke, making sense is a waste of your time. This is about power. Time to use yours.

Kurt Schlichter is a trial lawyer, and a retired Army infantry colonel with a degree from the Army War College who writes twice a week as a Senior Columnist for Townhall.com. His new novel “People’s Republic” is now available!