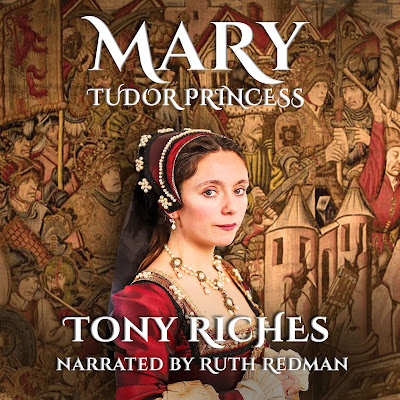 I chose to write about Mary Tudor, Queen of France, because I’d researched her birth and early life for Book Three of the Tudor Trilogy, about Mary’s father King Henry VII.

In the trilogy I’d moved forward one generation with each book, so it appealed to me to write a ‘sequel’ which did the same. I’d become intrigued with Mary’s story of how she risked everything to defy her brother when he became King Henry VIII.

You can listen to the new podcast here:
https://tonyriches.podbean.com/e/podcast-five-mary-tudor-queen-of-france/
My book Mary - Tudor Princess is available in audiobook, eBook and paperback editions