The Beast with Five Fingers

As a Christmas gift, I’ve just received a copy of W.F. Harvey’s collection The Beast with Five Fingers, a massive volume featuring fifty odd-stories by this lesser known British practitioner of supernatural and horror fiction. 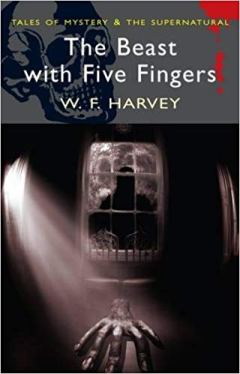 A Quaker, Harvey had a degree in medicine and had served as a surgeon during the Great War, and writing was not his main career until his early retirement in 1925, aged 40, due to ill health (his lungs had been damaged during a rescue operation at sea during the war). The Beast with Five Fingers is probably his best-known short story, it was originally pyblished in The New Decameron in 1919, and gave the title to the author’s second collection, published in 1928.
In case you are interested, you can read it in Famous Modern Ghost Stories, a fine collection from the ’20s you can download for free as an ebook on the Project Gutenberg (and that features also Algernon Blackwood, Edgar Allan Poe, Robert W. Chambers and Ambrose Bierce, among many others).

And while I am waiting to find the time to read this beauty, last night I went and watched the movie featuring Peter Lorre that in 1946 was based on the Harvey story, and on a script by Curt Siodmak. And here’s my impressions.

The story is set in the Italian village of Santo Stefano, at the turn of the century. Here, in an ancient villa, ailing pianist Francis Ingram (Victor Francen) is living in seclusion with his gorgeous nurse (Andrea King), his astrology-obsessed secretary (Peter Lorre) and a friend that happens to be a musicologist but is making a living selling fake antiques to the tourists (Robert Alda–Alan’s dad). After the untimely death of Ingram, while his heirs vie for control of the villa and its contents, the severed hand of the deceased owner starts committing a series of homicides.

The setting in Santo Stefano caused me a brief laugh–while the story is set in Lombardy, close to the Swiss border, I instantly thought of Santo Stefano Belbo, a few miles from where I sit. Now wouldn’t that be fun had they set the story here…?
Anyway, no matter its location, the movie Santo Stefano is the sort of place where mandolins are heard in the background, where there’s be-ribboned guitar players busking on street corners and a lot of the details seem to come from some place about 600 miles south of Lombardy. But it’s OK. 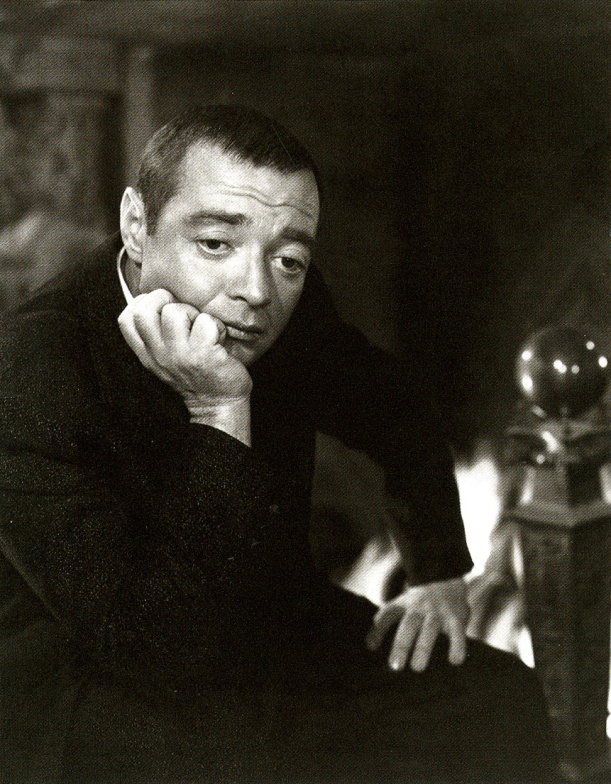 The Beast with Five Fingers is a rather classic Gothic tale: you get the curse, the star-crossed lovers, the creepy guy obsessed with the supernatural, and a set of motives that make everybody both a suspect and a target in what turns out to be a series of homicides.

Is there really a severed hand running around strangling people? 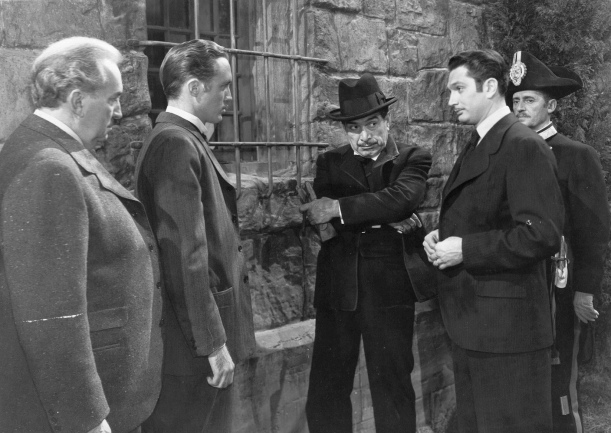 There’s a nice tension developing, despite the comedy provided by the local police commissar–your typical funny Italian–and Peter Lorre is obviously quite effective in the role of the soft-spoken nut case obsessed with astrology and old books. But all the cast is quite fine, Andrea King is absolutely stunning, and there is a vein of cynicism running through the dialogues that is pleasantly refreshing.

The special effects I found particularly surprising–and the severed hand on rampage is quite effective (and is obviously the forefather of the Addams Family’s Thing).

Despite the bombastic tones of the trailer, The Beast with Five Fingers is not likely to cause you to loose sleep or anything like that. But it’s an interesting little movie, and a nice way to spend one hour and a half.