The end of innocence

Forty years ago today, on the 7th of April 1979, the first episode of Mobile Suit Gundam was broadcast, and it changed the face of animation forever. It would hit Italy one year later – apparently an unauthorized dub that was broadcast late in the afternoon. I was twelve going on thirteen, and it left a lasting impression on me. 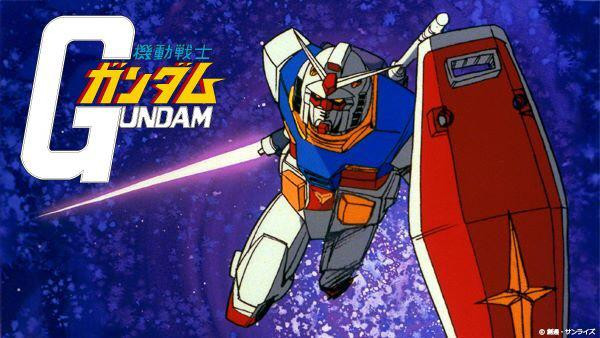 At twelve I was already an avid reader of science fiction, and I regularly read popular science magazines. And here, in the first minutes of the first episode, I could see the future – Gerard K. O’Neill space colonies, that according to the magazines that I was reading would be up and running in a decade, portrayed in all their glory. There was proper physics, and they mentioned the Lagrangian points in the orbit. I was speechless, and delighted.

It is no exaggeration to say that, to my generation Gundam was as momentous, as pivotal and as influential as 2001 A Space Odissey had been for the previous generation. It was a show that was giving a view us the future as we believed it would be.

But it was more. Very loosely inspired by Robert A. Heinlein’s Starship Troopers and developed by a gentleman called Yoshiyuki Tomino, better known to his staff as Minagoroshi – Kill’em All, due to his penchant for killing off characters wholesale – Gundam was not the usual Japanese robot-based cartoon. There were no alien invaders, no strange monsters, no ancient civilizations coming back to life like in the works of Go Nagai that were the most popular anime broadcast in my country.
This was the future as we were being told it would be, and there was a war that was like every other war in our history – humans versus humans.
The robots were weapons, mass-produced and utilitarian.
Their pilots were scared, stressed. They called for their mother a moment before their machine blew up.
It was war and it was not fun. This was something new, for us kids.
Gundam marked for us a loss of innocence.

Mobile Suit Gundam is a wonder of writing. The character arcs are perfect, and we get to care for these people – not much maybe for the leading man and his smug antagonist, not in my case at least (I found them both insufferable), but for the team, for the group of people whose story the series traced. The characters were stereotyped but alive, and could still surprise me many years later. It was probably the best crash course I ever head in designing group dynamics in fiction – I got to that ten years later, re-watching it, but I could feel the pull of this sort of choral storytelling.

More or less when I was discovering how good the writing in the series was, I was confronted by a friend who claimed Gundam was militaristic, violent drivel. I tried to explain that only a sociopath would get out of a watch of Gundam and actually like the idea of war, but he did not listen.
I still stick to my story to this day.

It’s been forty years.
We do not have space colonies, and indeed a lot of us don’t look up at the stars anymore.
But some of us do – and we remember. Funnily enough I was talking about Gundam with a friend three nights back – and we did not know the anniversary was so close. But the mark the cartoon left on us is undeniable – and curiously enough we are both writers.
And forty years on, Gundam is still one of my five favorite anime series.