I saw the exchange Newt Gingrich refers to in his commentary below. It was a stunning display of censorship.

Gingrich, the former House Speaker, joined a group of panelists on Harris Faulkner’s show Outnumbered last week and was asked his opinion on violence and unrest afflicting major American cities.

He accurately pointed out Soros’ role in trying to overhaul the U.S. justice system by pouring money into district attorney races across the country. The problem, Gingrich opined, was due to “George Soros-elected, left-wing, anti-police, pro-criminal district attorneys who refuse to keep people locked up.” 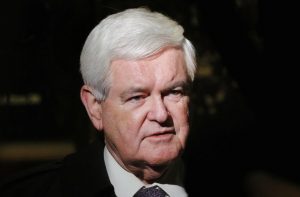 Gingrich had barely finished when the following exchanges occurred.

“I’m not sure we need to bring George Soros into this,” said co-host Melissa Francis in a bizarre retort.

“He paid for it,” Gingrich said, “so he needs to be part of this conversation.”

Democrat activist Marie Harf quickly jumped in, “No, he didn’t. I agree with Melissa. George Soros doesn’t need to be a part of this conversation.”

There was a long moment of silence, then Gingrich said: “Oh, so it’s (referring to Soros) verboten?”

Soro’s contributions to progressive politicians is well documented and is readily available to anyone even vaguely curious about the truth. Politico has reported that “Soros has directed his wealth into … reshaping the American justice system.”

“The billionaire financier has channeled more than $3 million into seven local district-attorney campaigns in six states over the past year,” they wrote.

None of that can be discussed it would seem.

To her credit, the next day, Faulkner attempted to explain why her show cut off Gingrich while he tried to address left-wing billionaire George Soros influence on American politics.

“Newt Gingrich, who is beloved and needed to be allowed to speak with the openness and respect that this show is all about, was interrupted,” Faulkner continued.

“Do we debate with fire here? Yes! But we must also give each other the space to express ourselves. We don’t censor on this show,” Faulkner concluded.

Hm. It sure didn’t seem that way to Gingrich and to those watching.

I have been watching a truly curious phenomenon over the past few days. It seems there is suddenly a movement in media to silence anyone who speaks out against George Soros—and, specifically, his funding of radical prosecutors seeking to change the criminal justice system by simply ignoring certain crimes.

This happened to me personally this week while I was being interviewed on Fox’s Outnumbered. When I brought up Soros’s plan to get pro-criminal, anti-police prosecutors elected across the country, two of the show’s participants interrupted me and forcefully asserted that Soros was not involved.

Host Harris Faulkner, it seemed, was stunned by the interruptions, and did her part to move the show forward after some awkward silence. The next day, she addressed the strange moment during the show and condemned censorship. Immediately after the show, Twitter and other social media went crazy. 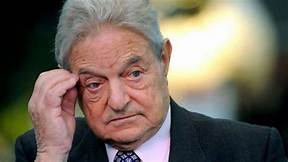 People were alleging that any criticism of Soros’s political involvement is automatically false, anti-Semitic, or both. This is ludicrous. Soros’s plan to elect these prosecutors has been well documented already—and it has nothing to do with his spiritual or ethnic background. The Los Angeles Times, the New York Times, Politico, USA Today, the Washington Post, the Wall Street Journal, the Associated Press, CBS, the South Florida Sun-Sentinel—even Fox News itself, among others, have all thoroughly reported on it.

There are plenty of specific examples of Soros’s work in action.

Dallas County District Attorney John Creuzot, who campaigned on the promise that he would not prosecute a host of crimes—including thefts—admitted his campaign was largely funded through Soros or his groups. He has been so dismissive of crime and police that Texas Governor Greg Abbott has had to send in the Texas State Patrol to police large swaths of Dallas.

Soros gave $333,000 to the Safety and Justice PAC in 2016 to support then-Cook County District Attorney candidate Kim Foxx in Illinois—who is currently presiding over terrible violence and mayhem in Chicago, where murders are twice what they were in 2019.

Soros and his organizations spent $1.7 million to help get Philadelphia District Attorney Larry Krasner elected in 2018. Before being elected, Krasner earned a name for himself by suing the Philadelphia Police Department 75 times. Since he took office, dozens of experienced prosecutors have either been fired or resigned. Criminal prosecutions have plummeted and crime has risen. Philadelphia now has the second-highest murder rate among large cities in the country.

Former Hugo Chavez advisor and current San Francisco District Attorney Chesa Boudin was also funded by Soros and his groups. Boudin has called prison “an act of violence” and has refused to prosecute a slew of illegal acts, from public urination to the public solicitation of sex, which he deems to be “quality of life crimes.” By the way, Boudin is the foster child of Bill Ayers and Bernardine Dohrn, of terrorist group Weather Underground fame. His birth parents were convicted and imprisoned for their involvement in an armed robbery-turned-homicide.

In 2016, a Soros-funded super PAC donated $107,000 to benefit Raul Torrez in his Bernalillo County District Attorney primary—which he won by a 2-to-1 margin. In fact, Soros’s huge funding prompted the Republican running to bow out because it was just too expensive to run against Torrez.

I’m not overly surprised to see the Twitter mob embrace a sudden, near-universal denial of these facts. I am alarmed to see that the force of this groupthink on social media appears to be strongly influencing professional media.

I think the heart of this mass denial is that Democrats and the Left are watching the terrible human cost of their misguided, pro-criminal, anti-police justice policies, and they are beginning to worry that the American people will realize who is responsible for them.

Rather than deal with something difficult — or admit they were wrong— the activists of the radical Left are trying to find some way to scream “racist” and get the media to follow suit.

America will suffer if our professional media continue to be overruled by our social media.