The Hunt for the Vampire Queen 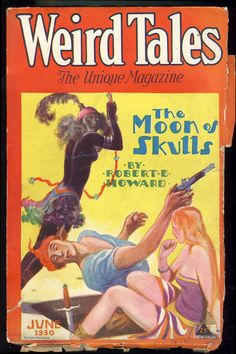 A GREAT BLACK SHADOW lay across the land, cleaving the red flame of the red sunset. To the man who toiled up the jungle trail it loomed like a symbol of death and horror, a menace brooding and terrible, like the shadow of a stealthy assassin flung upon some candle-lit wall.

This is the opening of Robert E. Howard’s The Moon of Skulls, a Solomon Kane story published in the June-July 1930 issue of Weird Tales.
You can find an e-text of the story here thanks to the good people of the Project Gutenberg of Australia. Like most Solomon Kane stories, it’s a nice piece of storytelling, and a testament to Howard’s prowess with a words. 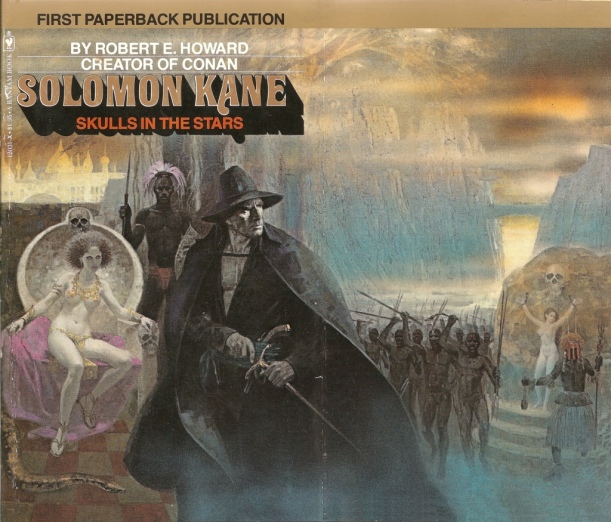 “You bear no gifts,” said he; “but follow me and I will lead you to the Terrible One, the Mistress of Doom, The Red Woman, Nakari, who rules the land of Negari.”

I must say I sort of hoped that the Mistress of Doom that rules the land of Negari was called something akin to Cullum’s Ramaanita… that would have been a perfect smoking gun.
But no, the Terrible One of Negari is called Nakari.
Drat!

Now I’m pretty sure some stories of Howard made it across the pond in his time – The Hour of the Dragon was pitched at a British publisher that would rather publish a novel than a collection of stories.
The British knew at least some of Howard’s work during his lifetime.

But everything’s hypothetical.
As far as I’ve been able to find, the first time The Moon of Skulls was printed in the UK was during the 1960s.

But maybe I’ve been barking up the wrong tree.
What if both Howard and Cullum were inspired by someone else’s work they both were familiar with?
The hunt continues.

“My name is Solomon Kane.” the white man answered in the same language. “I seek the vampire queen of Negari.”