The Second Wife by Kishan Paul - A 5 star review 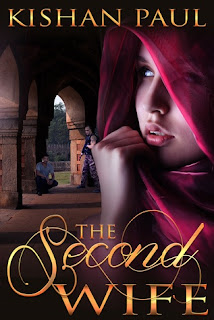 If you want to live, you must let go of the past...

Twenty-eight-year-old Psychologist, Alisha Dimarchi, is abducted by an obsessed client and imprisoned in his Pakistani compound for over two years. Forced to change her name and live as his second wife, her life is filled with trauma and heartbreak. Thrust into a world of violence and oppression, Ally must fight not only to keep herself alive but to protect the lives of the people she now considers family. At night, she retreats into her memories of the only man she has ever loved – a man she believes no longer loves her.

Thirty-four-year-old handsome surgeon, David Dimarchi, has spent the last two years mourning the disappearance of his wife. After a painful and isolated existence, he begins the process of healing. It is then that he is visited by a stranger, who informs him that Ally is very much alive and needs his help. In a desperate attempt to save her, David enlists the help of a mercenary. Together they find themselves in the center of more than just a rescue mission. Will he be able to reach her in time and if he does, will she still want him?

This book was recommended to me and I am really happy I followed the link to discover this jewel at the end. The realism and genuine character of Ally/Sara captured me immediately. It was written with so much depth and emotion that I struggled to put it down.
The moment Ally was kidnapped and taken away to a life so different from her own and she had to adapt to a life filled with brutality and pain. But through it all, a family was formed that learned the value of love.
David's character lived on the other side of the coin and for two years he had to process his wife's disappearance. His character learned to continue amidst the uncertainty of his wife's whereabouts.
A heartfelt story is written with so much empathy and sincerity that I wish I can give the author more stars. A brilliant story I want to read more about.