This, here, was no man’s land

This, here, was no man’s land.
I spotted haystacks at the edge of a distant field and pictured myself lying there in the hay with my sweetheart, weaving flowers in her wavy, red hair. I watched the sky darkening and imagined her in my arms. If this were a time of peace, we would gaze together at the stars, rising ever so slowly over both of us.
Above me, birds were chirping as they flew over mud, blood and the stench of dead bodies. I was puzzled at the craziness in this place, where beauty coexisted, strangely enough, with horrific ugliness.
For a moment, I recalled the stories my dad had told me about trench warfare, dating back to his service in the First World War. Unprotected from rain, snow, and cold, many of the trenches had been continually flooded, exposing the troops to frostbites. With swollen feet, he had waded through water, surrounded by a multitude of frogs and faced with the nightmarish sight of red slugs and beetles with weird horns, all wriggling along the ledges. And then, the rats... Large and utterly fearless, they had invaded the foxholes. Feeding upon the dead had made them contemptuous of the living.
I stretched out as best I could at the bottom of my trench and relaxed into feeling lucky. Of course, Natasha would be horrified to learn that my temple had been grazed, earlier that day, by a bullet—but unlike what my father had gone through, my discomfort was not amplified by the ravages of winter.
The mound just ahead of me was in bloom. It was springtime. For that, and for the rustle of her letter in my breast pocket, which brought her closer to me, I felt grateful.
Lenny in Marriage before Death
Narrated by Don Warrick 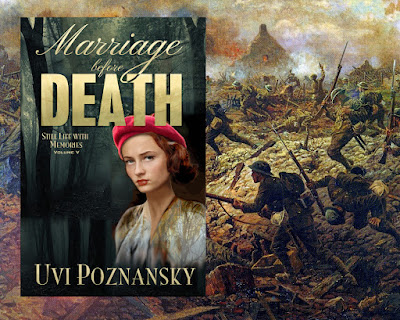 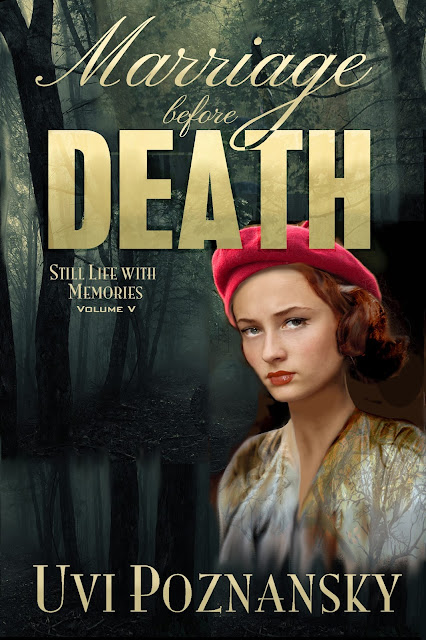 On a different note:
My gift to you:
A Peek at Bathsheba
By Uvi Poznansky
Historical Fiction, Romance
FREE $2.99
Kindle ★ Nook ★ iTunes
Kobo ★ Smashwords
09/15/2016-09/18/2016
When Bathsheba becomes pregnant, David attempts to cover up the ensuing scandal. He sends her husband, Uriah—who serves him faithfully in his army—to his death. And for the rest of his life, David is tormented by the memory of that moment. Can he muster the strength to keep his promise to her and protect their son from danger? Will their forbidden love undo his entire legacy?
Original link