Too bad you never got to say goodbye

Romance
Uvi Poznansky
He pulled the curtains shut and turned on the desk lamp. Now I could see his mustache, lit from below, the tip of his nose, glistening, and over it, and the hairy edges of his eyebrows. They crawled on his forehead, gathering into a sharp pleat. His eyes, however, were sunk in the dark—but even so, I recognized him now: this was one of the officers to whom I had shown my dad’s letter, in which he had told me about his illness, letting me know it was terminal. Because of it, they had granted me permission, four months ago, for an urgent leave, so I could fly to New York to see him one last time.
I stood in attention until he said, “At ease, corporal.”
I relaxed a bit, but was still perplexed about the reason for his visit.
“Your father,” said Captain Smith. “How is he?”
Shaking my head, “He’s gone, sir,” I said, with a sudden catch in my throat. “Buried before I arrived.”
“Too bad you never got to say goodbye,” he said.
“Yes, sir,” I said briskly, because this was becoming too personal. “Too bad about that.”
Then he added, “You did meet the rest of your family, did you? How’s your Uncle, what’s his name, Shmeel? And oh, how’s your girlfriend?”
His questions seemed casual. They sounded like social niceties, which obviously, they were not. Every word coming out of his mouth gave me a strange feeling—oh, how could I begin to express it?—a feeling that somehow, he knew too much of what had happened to me back home.
Perhaps he wanted to prove to me that hiding anything from him would be futile, because he had already learned everything there was to know about me.
I discarded that notion, thinking it crazy, and set aside the knife.
“For you, corporal,” he noted, pointing at it, “that’s the wrong weapon.”
“Is it?” I asked. “And what’s the right one?”
“A pen.”
“What?”
“I hear that you want to be a writer.”
“Who told you that, sir?”
Without missing a beat, he answered by asking, “Well, Lenny? Is it true?”
“No, sir,” I lied. “It’s all fiction.”
“That,” he said, “is just what I’m asking of you.”
“What, exactly?”
“Falsehood.”
“I don’t get it.”
“Can we speak frankly?”
“Please do, sir.”
“Are you satisfied with your military service, I mean, the duties assigned to you?” he demanded, and immediately raised his hand to stop me from responding. “Don’t bother. I think I already know the answer to that.”
“I’m sure you do,” I said, under my breath.
He gave a thin smile, which was barely visible under his mustache. “Not much glory in running a courier service for the embassy, is there, corporal?”
I said nothing, because in my mind, nothing was the least committed way to agree with him.
“I’m here to point you to a different way to serve,” he said. “A more exciting one, for sure. Not only will it be a perfect fit with your skills but also more gratifying, as it’ll contribute quite significantly to the war effort.”
“I’m listening.”
“Help us fool the enemy. The Germans suspect, with good reason, that we’re planning an invasion of occupied France across the English Channel. We need them to wait for us at the wrong place. This is where you come in.”
Lenny in Dancing with Air 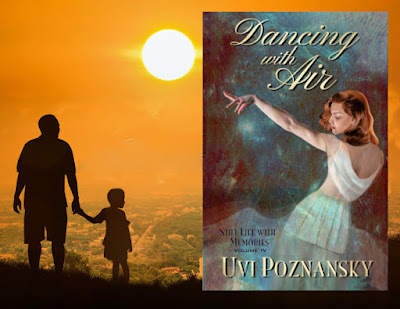 ★ Love reading? Treat yourself to a gift ★
Still Life with Memories 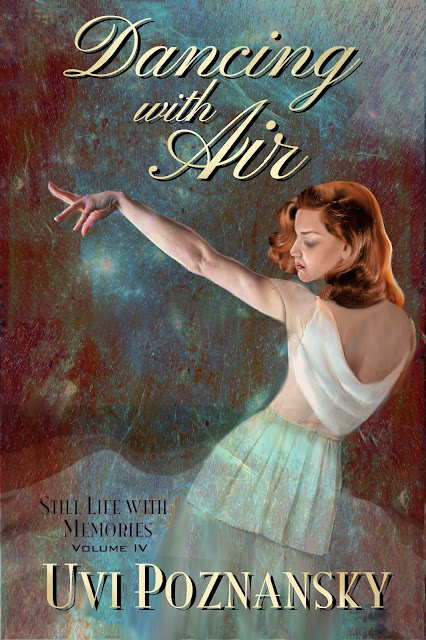 "The writing of this intense story of love and heartbreak is what makes it a classic. You'll go through the wringer with this one, but you'll never forget it."
~J.A. Schneider, author