Tudor Book Launch: The Scandal of Christendom (Above All Others; The Lady Anne Book 4) by G. Lawrence New on Amazon UK and Amazon US
Autumn, 1530: Cardinal Wolsey has fallen.
The notorious Cardinal and Chancellor is gone. But even with the death of her greatest enemy, Anne Boleyn finds herself no closer to her goal to become Queen and marry the man she loves. Katherine of Aragon is still Queen of England, Rome and the Emperor Charles of Spain stand against Henry's wish to place Anne on the throne, and there is increasing dissent in England. Armed with words and deeds, Anne must fight on. She has allies and friends, but as her path to the throne becomes increasingly controversial, she finds many foes too... including Bishop Fisher and Sir Thomas More.
Believing the King must be pushed into a radical mind-set, Anne, along with Cromwell and Cranmer, work through Parliament, the Church and court, attempting to make their King into both Pope and Emperor within England. Henry will rule over a Church of England, as the temporal and spiritual leader of his people, and with that title will come the break from the shackles of Rome.
In a war against the Church, against slander, sedition, and many enemies, Anne struggles on, yet even as the dawn of her new life arrives, it does not come easily. And as she toils, Anne becomes aware that the fight for her throne is transforming her into a different person; one who is isolated, volatile, and at times, cruel. Reasurring herself that when she becomes Queen, all will be well, Anne strides ahead, but will the love that has sustained her for so long endure under such pressure? And will the people of England ever accept her as their Queen?
The Scandal of Christendom is book Four in the series Above All Others: The Lady Anne, by G. Lawrence
# # #
About the Author 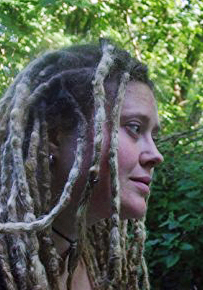 Gemma Lawrence is an independently published author living in Cornwall in the UK. She studied literature at university says, 'I write mainly Historical Fiction, with an emphasis on the Tudor and Medieval periods and have a particular passion for women of history who inspire me'.Gemma can be found on Wattpad and Twitter @TudorTweep.
Original link

Facebook Twitter LinkedIn Pinterest
How do you feel about this post?
Happy (0)
Love (0)
Surprised (0)
Sad (0)
Angry (0)
My review of Annie's Story, Blessed with a Gift by...
Are You Sick and Tired of Editing Your Book? – Fro...