Understanding the life of Katherine Willoughby, Duchess of Suffolk 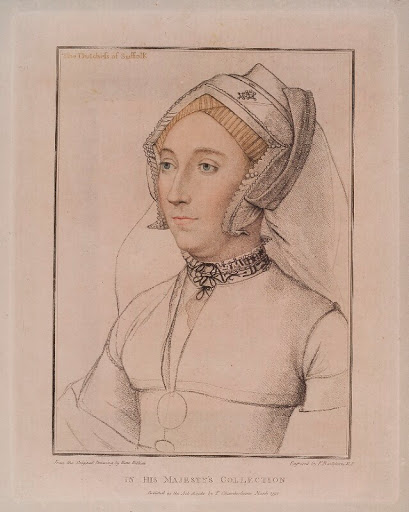 I began exploring the life of Katherine Willoughby when writing about her first husband, Charles Brandon for my last book, Brandon – Tudor Knight. With typical panache, Brandon borrowed the money to buy the wardship of nine-year-old Katherine, who’d become Baroness Willoughby de Eresby on the death of her father – and one of the wealthiest heiresses in England.

He claimed his plan was to secure her as a bride for his son and heir, Henry, (named after the king) yet I suspect the truth was a little different. Charles Brandon’s wife, Mary Tudor, Dowager Queen of France (and the king’s sister) suffered with a debilitating ‘pain in her side’, so I believe he was making plans for the future.

Whether or not I’m right, the fact is that Brandon married young Katherine himself barely three months after Mary’s death, and instantly solved his money worries, becoming the wealthiest landowners in Lincolnshire.

Katherine was fourteen at the time, and though we must take care not to apply modern standards, it must have been quite a shock to suddenly become a duchess, with privileged access to the king, and one of the most senior ladies of the Tudor court. The age difference was not unusual, although court gossips will have raised an eyebrow at Brandon’s haste.

Katherine’s mother, Maria de Salinas, was the Spanish companion to Queen Catherine of Aragon, and arrived with the queen from Spain in 1501. Maria raised her daughter as a strict Catholic, so I was intrigued to discover how Katherine became an outspoken advocate of religious reform.

As I expected, the answer is complex. The break with Rome enabled radicals such as Hugh Latimer to argue for a simpler form of religion, more relevant and accessible to the common people, who could never learn Catholic Latin. There is evidence of young Katherine attending Latimer’s sermons at Hampton Court, and her surviving letters to William Cecil reveal her questioning and enquiring attitude.

For my research, I was able to visit Katherine’s home, Grimsthorpe Castle, and see the Tudor rooms where she lived. After her mother’s death, Katherine had the walls of the family chapel whitewashed, and removed the gilded saints from their niches, then she invited Hugh Latimer and other Protestants to preach to her friends and neighbours.

Katherine’s resolve was hardened by the conviction of a Lincolnshire woman who shared her views of the need to reform religion. The woman’s name was Anne Askew, and on 16th July 1546, she was burned at the stake as a heretic in Smithfield, with three other Protestants. Katherine knew them all, and must have wondered if she would be named, but Anne kept her silence, even when her bones were broken on the rack at the Tower.

I was also fascinated to research the relationship between Katherine and Queen Catherine Parr. Katherine, aided and abetted by William Cecil, funded the publication of Catherine’s controversial book, The Lamentation of a Sinner, in 1547, and no doubt encouraged the queen to influence the King’s religious views. This was, of course, a high risk strategy, and almost the downfall of them both.

Seven years after Charles Brandon’s death, Katherine married for love, to her gentleman usher, Richard Bertie, in 1552. Their first child, a daughter, Susan, was born in 1554, and when the Catholic Mary became queen and began persecuting Protestant reformers, they fled into exile on the continent, living in near poverty until assisted by the King of Poland.

Their son, Peregrine, was born in Cleves in 1555, the same year Hugh Latimer was burned at the stake in Oxford. After Queen Mary’s death in 1558 they returned to England, and although Katherine didn’t serve Queen Elizabeth, she used her position in Lincolnshire to promote religious reform.

A lifelong supporter of the Protestant faith, many books on reform carried Katherine’s coat of arms, and were dedicated to her, including works by Erasmus and William Tyndale. The family’s adventures on the continent were even told in popular Elizabethan ballads.

Katherine died after a long illness aged sixty-one, on 19th September 1580, at Grimsthorpe Castle. I visited her magnificent alabaster tomb in the Willoughby chapel at St Johns Church, Spilsby Lincolnshire. Her husband, Richard Bertie, who died two years after Katherine, is buried beside her. 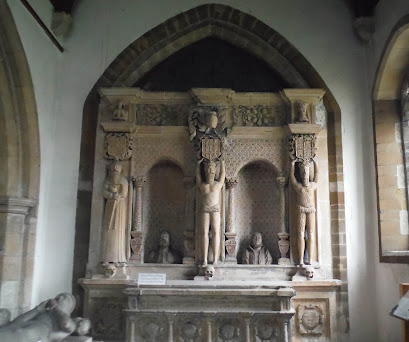 Katherine Willoughby was a woman far ahead of her time, prepared to stand up for her beliefs. The story of her life helps us see the complex world of the Tudors through a new perspective, and I believe she would have been pleased to know that is her legacy.