Where did the fire start?

Romance
Uvi Poznansky
One summer evening, thick smoke spreads across the city, as if it were under attack. A blaze leaps across one valley, then another. One structure after another bursts into flames. One field after another melts into liquid gold. Sparks shoot out every which way. From my chamber window you can barely see the horizon, where the hills of Jerusalem meet the sky, because the blue in them swirls around in the air, marred with charcoal gray. Nor can you detect where the fire may have started.
I summon my first in command, so he may call the troops, if he has not yet done so, and organize them into teams, to douse the flames with water, and to rescue the miserable souls caught in them.
Joav comes before me, fuming. His mustache is filled with gray particles that come flying out when he speaks.
“It’s all under control,” he says, even before I have a chance to ask anything.
“Is it?” say I. “Hard to tell, from here. Where did the fire start?”
Through clenched jaws he says something, some word that is utterly inaudible.
“Joav?” I demand, and look at him sternly, till at last he blurts out, with a puff of stuff flying out of his mouth, “In my field, my own barley field.”
“Really? And what’s the cause of it?”
In place of an answer he shuffles from one boot to another, rubs his charred hands together, and finally says, “Let me handle it. Can I go now?”
“Not until I get an answer out of you,” say I.
“Life and property are at stake,” he says. “I beg you, let me go! My soldiers are waiting—”
“So am I,” I tell him, noting that they have been well trained to do what needs to be done. I see them out there, burning the dry brush, so that by the time the flames reach it they will have nothing more to consume.
He is silent, stubbornly so. I have never seen him so close to a breakdown.
“Joav,” I say, “do I need to repeat myself?”
Absolutely livid, he shakes his head, No.
“So?” I prod him. “What, in heaven’s name, is the cause of the fire?”
“Arson.”
“Arson?” I echo, wondering who would dare set fire to the field of the most feared man in the land? Who would be so rude, so insolent as to threaten not only what belongs to Joav but also what belongs to me and to the entire city?
David in The Edge of Revolt 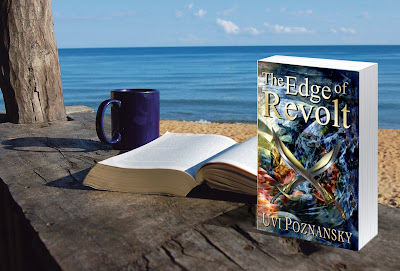 ★ Love historical fiction? Treat yourself to a gift ★
Historical Fiction with a Modern Twist...
The complete series:
The David Chronicles 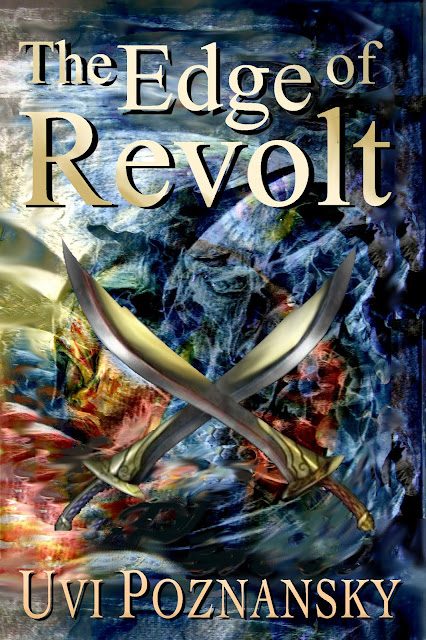 How Ms. Poznansky created such a vivid, detailed, true-to-life account leaves me awestruck. It's as if she peered inside the Bible, spoke with the characters and witnesses who were there, and then created a realistic and moving portrait of David's life."
- Aaron Paul Lazar, Author
Original link