Will you tell me already?

Romance
Uvi Poznansky
If you can not see this chirbit, listen to it here https://chirb.it/9Bnkqf
I could hear the bedsprings moan under the weight of her Mama. Perhaps now she was sitting up, pulling the bedspread all the way up to her three chins, and adjusting the glasses over her nose so she can glare at me over their frame, even though I was all the way across the ocean.
I imagined seeing her cheeks through those lenses, with a detailed, dilated view of the crinkles under the droopy eyelids.
“I’m sure that waking us up makes no difference to you,” she said.
To which I said, “Why would you think that, Mrs. Horowitz?”
“Because,” she said, “you must think that we here in the Big Apple are up and about around the clock, and besides, we can’t wait to get a call from an important persona such as yourself at any time whatsoever, day or night!”
Utterly dumfounded I could not bring myself to say another word, which made it all the more difficult to put together a whole sentence, to beg her to wake up her daughter.
So I was just about to say goodbye and so sorry, my mistake, this will never happen again, I promise, when all of a sudden Mrs. Horowitz said, “Natasha isn’t here.”
“What?” I cried.
“You deaf? I said, she isn’t here!”
“Where, then, is she?”
“Why should I tell you?”
“You’re her Mama! Aren’t you supposed to know?”
“It’s all your fault,” she said.
To which I said, “Naturally.”
She had always been known for being overbearing, but even for her, this relentless attack on me seemed a bit much, which made me realize, suddenly, that this was her way of dealing with something else, something that made her feel powerless.
And indeed, a heartbeat later she started crying. “I’m very, very worried about Natasha,” she sniveled. “And because of this I wasn’t able to fall sleep all night!”
I hesitated to point out that according to her own words, Mrs. Horowitz had just been rudely arisen from a snooze.
Instead I asked, “Did Natasha say where she was going?”
“She did,” said her Mama, in a teary voice.
“And—”
“And you’re not going to believe it. I heard it with my own ears and I still can’t believe it.”
“Please,” I pleaded. “Tell me!”
“Natasha,” she said, “is a delicate girl.”
“She’s a princess.”
“Exactly! And until you showed up in her life, she was in a slumber, so to speak. She lived in a world of dreams, smiling at a rainbow, crying for a lost star, and giving herself to nothing else but her music, all of which made it easy for me to manage her career. Well, perhaps ‘easy’ is not the right word, ‘possible’ is. But no, not anymore! Now, unfortunately, my daughter knows what she wants and has an opinion of her own about every little thing, which of course has to be the exact opposite of mine, and the worst thing is, she takes bold action about it, which is quite clearly a mistake, and she does it with half-witted haste, which means that as forceful as I thought I was, I can do little to stand in her way. Oh my, she is out of control!”
“So sorry to hear it,” I said. “But—”
“You should be, because without me by her side, guiding her, she’s going to find herself in trouble in a big hurry.”
“Will you tell me already?” I said. “Where is she?”
Lenny in Dancing with Air 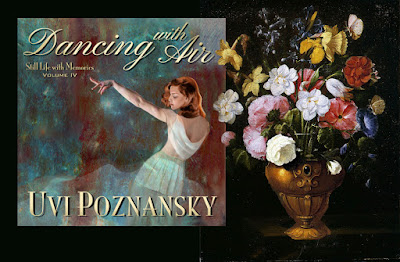 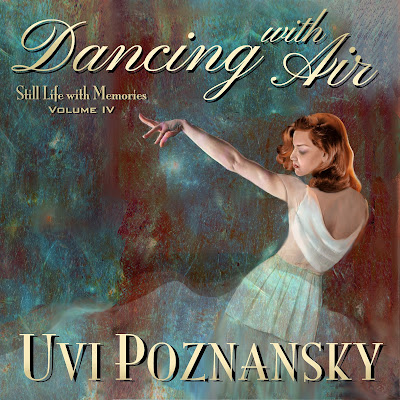 "The writing of this intense story of love and heartbreak is what makes it a classic. You'll go through the wringer with this one, but you'll never forget it."
~J.A. Schneider, author
Original link